Vietnam has a history of more than 4000 years, and despite many periods of colonization by Chinese empires, it still retains a plethora of national cultural quintessence. This article will give you an overview of the symbols of Vietnamese culture throughout history. There has been much controversy about the symbols of Vietnam, some say Ao Dai, some say Lotus Flower, some say Lac bird,… The information provided below includes all things that represent Vietnam like ancient Vietnamese symbols, good luck symbols, love symbols, as well as their meanings.

Chim Lac is considered the national bird of Vietnam

Some documents consider the Lac bird as a symbol of Au Lac country, a type of bird in legend. The image of the Lac bird is also the symbol found on the face of the Bronze Drum (Trong Dong).
The abundance of myths and stories about the genesis of the Vietnamese people is one of the most fascinating features of Vietnamese culture. These legends have been passed down through the decades, from the lovely tale of the fairy goddess to the dreadful ancient monsters. The legend of Chim Lac, Vietnam’s fictional bird, is a hotly discussed topic in Vietnamese culture. 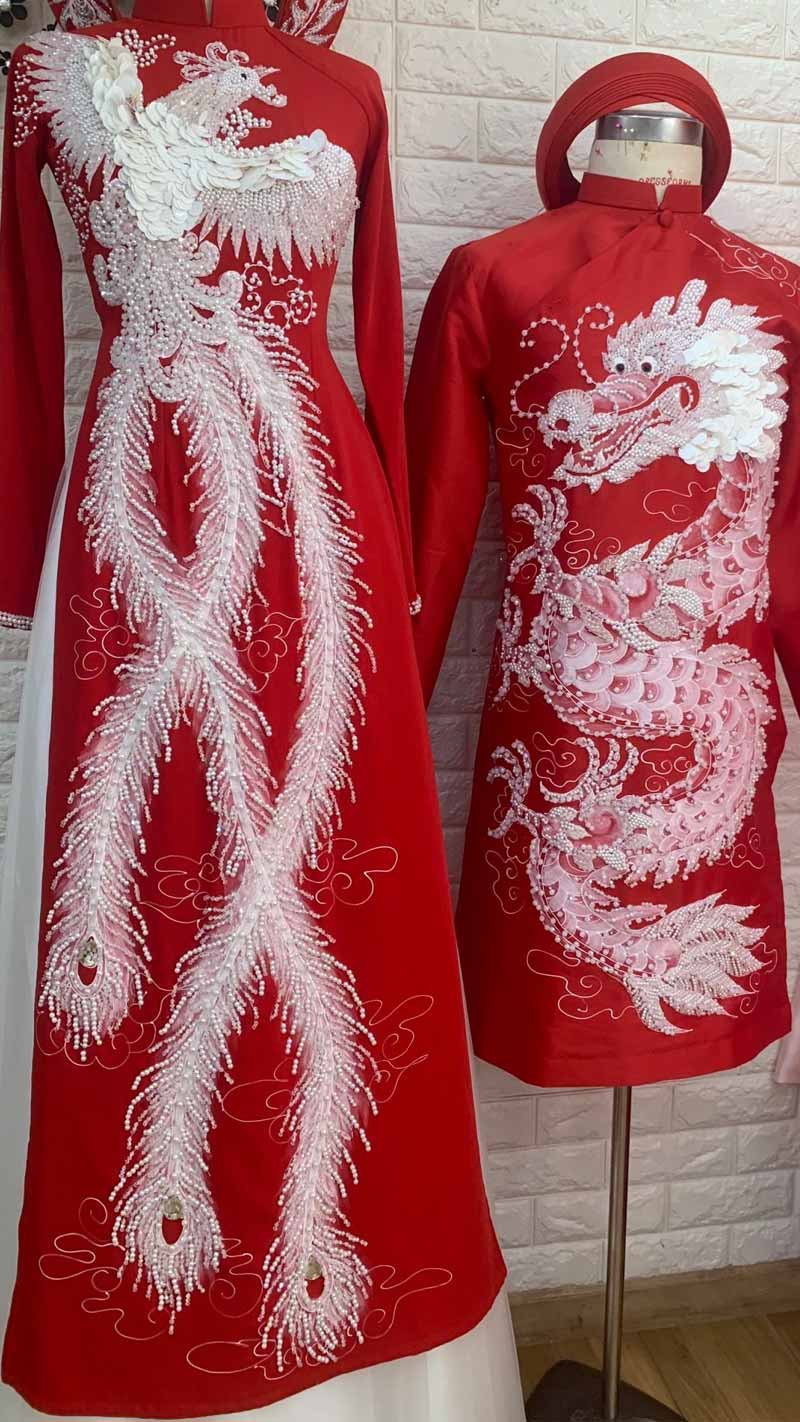 The dragon is perhaps the most powerful creature in Asian legend. The dragon was a powerful symbol of the fourfold deity for Vietnamese peasants: clouds, rain, thunder, and lighting. Dragons were shown on the objects dating back to the Dong Son-Au Lac civilization, which lived in northern Vietnam in the first millennium B.C. and is represented by an S form. Long ago, astronomers discovered the Dragon constellation, which is made up of seven stars arranged in the shape of an S. The Mind (Tam), also known as the Divine (Than) star, is the brightest star. Than can alternatively be read as Thin (Dragon), which marks the lunar calendar’s third month and represents the Yang vital force.

Dragons were also linked to kingship. Everyone in Vietnam is familiar with the legends of Lac Long Quan and Au Co. Lac Long Quan (King Dragon of the Lac Bird Clan) is regarded as the Vietnamese people’s forefather. He is claimed to be the son of a dragon, while his wife, Au Co, is thought to be the daughter of a fairy. To ward against aquatic creatures, their eldest son, King Hung, encouraged the people to tattoo dragon pictures on their chests, belly, and thighs. 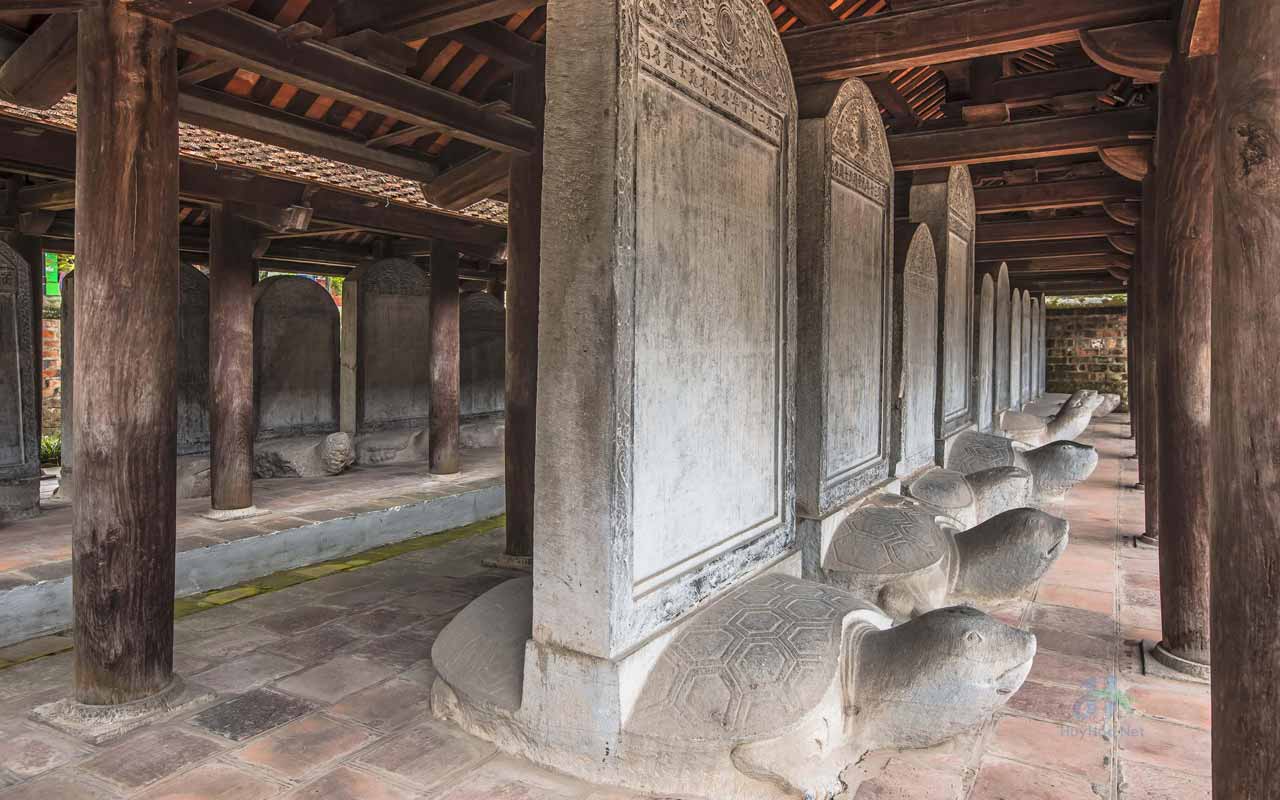 Perhaps specific to the Vietnamese river culture, the water turtle (swam turtle, sea turtle) has become a sacred and deified symbol in the minds of Vietnamese people. The phrase “Kim Qui turtle god” is assigned to a divine character with the shape of a huge golden turtle emerging from the sea.

In Vietnamese culture, the tortoise bearing a sacred and sacred symbol first appeared in the legend during the founding of the Au Lac kingdom of An Duong Vuong – Thuc Phan. According to legend, during the reign of An Duong Vuong who founded the country, the Tortoise – Kim Quy appeared twice to help the king. The first time he appeared to help An Duong Vuong successfully build Co Loa citadel and give the king his magic nail to make a magic crossbow, a magic crossbow that can shoot hundreds of thousands of arrows, to protect the country from the invasion of the Northern invaders. The second time, the god Kim Qui appeared to point out that the country’s seller was My Chau and brought An Duong Vuong to the sea.

In addition, turtles in Vietnamese culture are very prominent in the process of defending the country, under the Ming invasion and domination of Dai Viet, according to legend, the god turtle helped Le Loi defeat the Northern invaders by lending him a stick. sword, and then Kim Quy regained the sword at Hoan Kiem Lake when the king rode a dragon boat on this lake, and since then this lake has been called Sword Lake or Hoan Kiem Lake.

Rice as an unofficial symbol of Vietnam 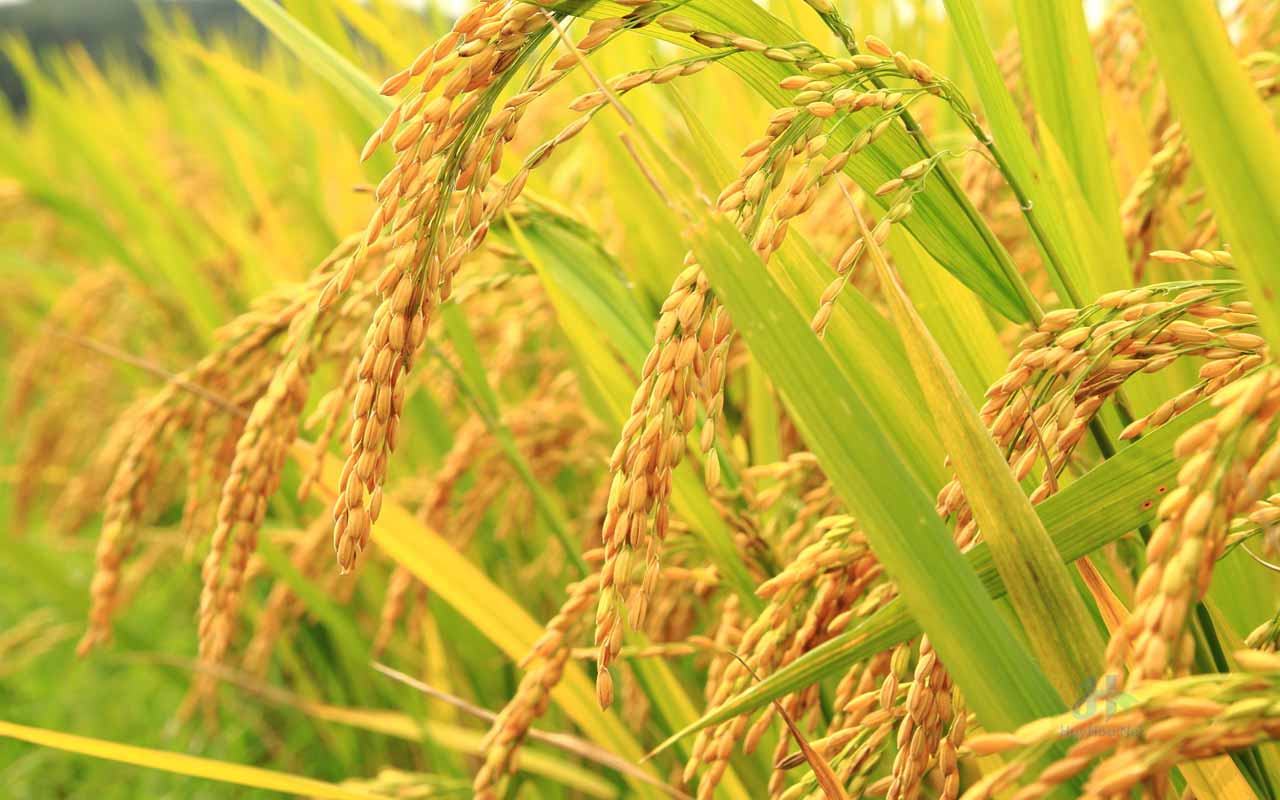 Rice may be much more than a form of a staple for Vietnamese. Rice is unquestionably the most significant component in Vietnamese traditional culture and a driving force in history. It’s not only because rice is the most often consumed grain in Vietnamese cuisine. It’s also because rice feeds the populace and has a secret beauty that might complement the already lovely Vietnamese culture. Rice is the unofficial symbol of Vietnam. 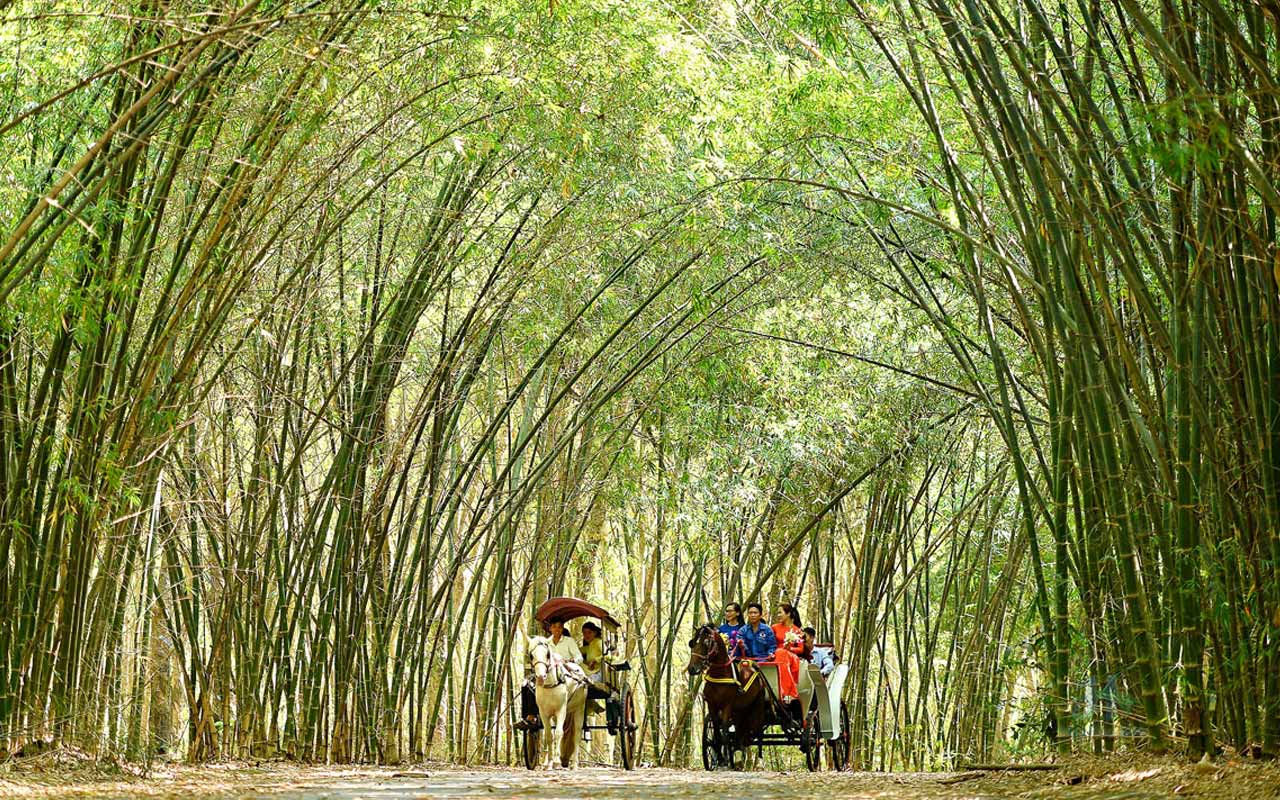 Non La – A Symbol of Vietnamese’ Charm and Romance 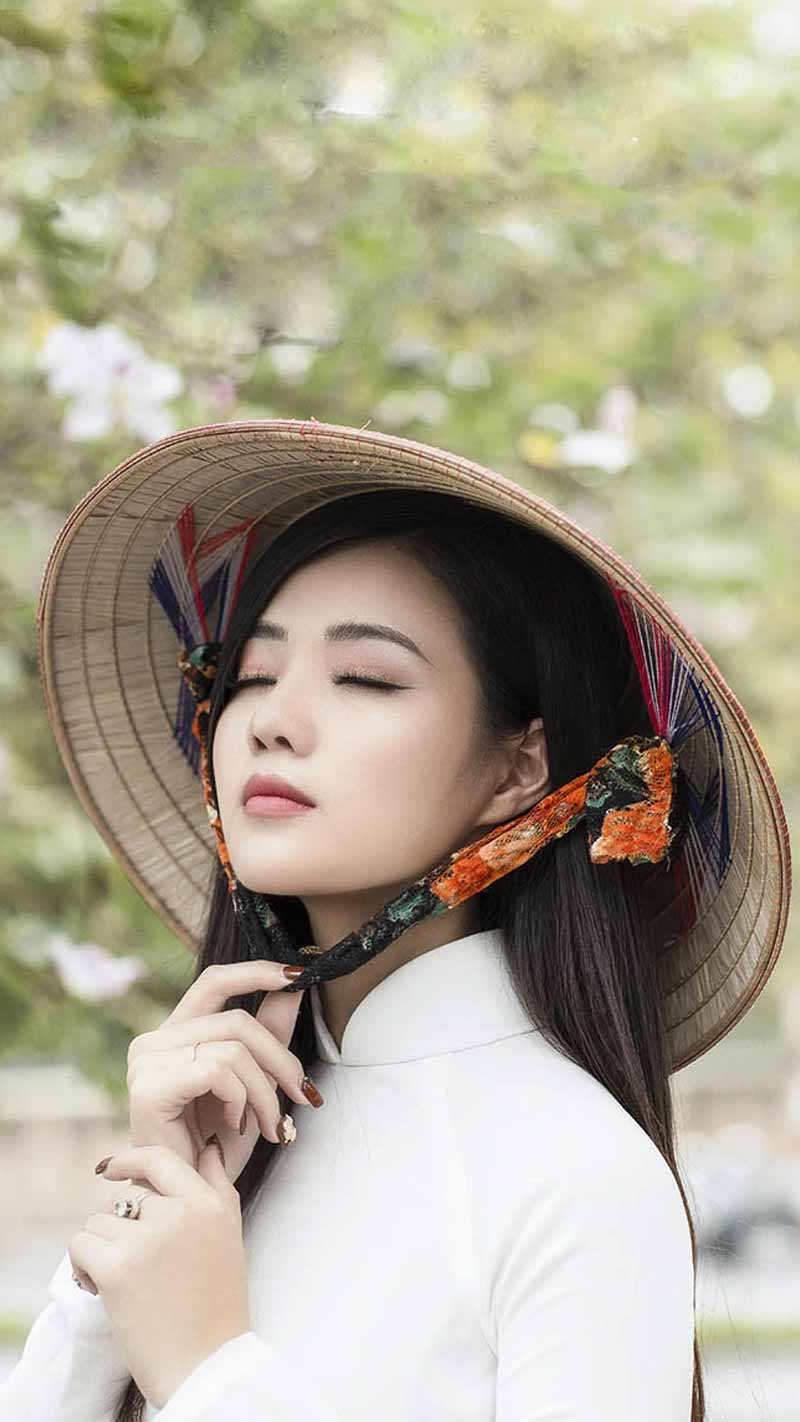 Tourists traveling around Vietnam seldom fail to notice the native lovely ladies dressed in Ao Dai (Vietnamese traditional long dress) and Non La (conical leaf hat, Vietnamese: Nón Lá) strolling smoothly through the streets. The Ao Dai, without a doubt, reflects the femininity and charm of Vietnamese women, while the appeal and functionality of the Nón Lá provide a lovely harmony of the full outfit, providing a strong sense of elegance and romance to every visitor that enters the nation. Nón Lá acquired the popular name “Vietnamese conical hat” because of its distinctive shape.

Conical hats are a popular accessory for Vietnamese females to wear with their Ao Dai. Conical hats used for adornment are often light, sleek, and classy, with straps frequently made of soft silk to create a complete whole.

Vietnam is a tropical nation with both wet and dry seasons. Clearly, Nón Lá is vital for people to protect themselves from the heat that can remain for months, occasionally exceeding 40 degrees Celsius in intensity, as well as extended periods of lasting rain.

Though the Nón Lá has been seen since the country’s early days, no one knows when the conical headpiece first debuted. Images of the Nón Lá, on the other hand, maybe seen on the Trong Dong Ngoc Lu (Ngoc Lu bronze drum) and Thap Dong Dao Thinh (huge bronze cylindrical jar of Dao Thinh), both of which date back 2,500 to 3,000 years, showing that the hat was in use at the time, if not before. Nón Lá had really existed as a daily necessity of the Vietnamese for thousands of years and was even included in stories and fictions passed down through the centuries. 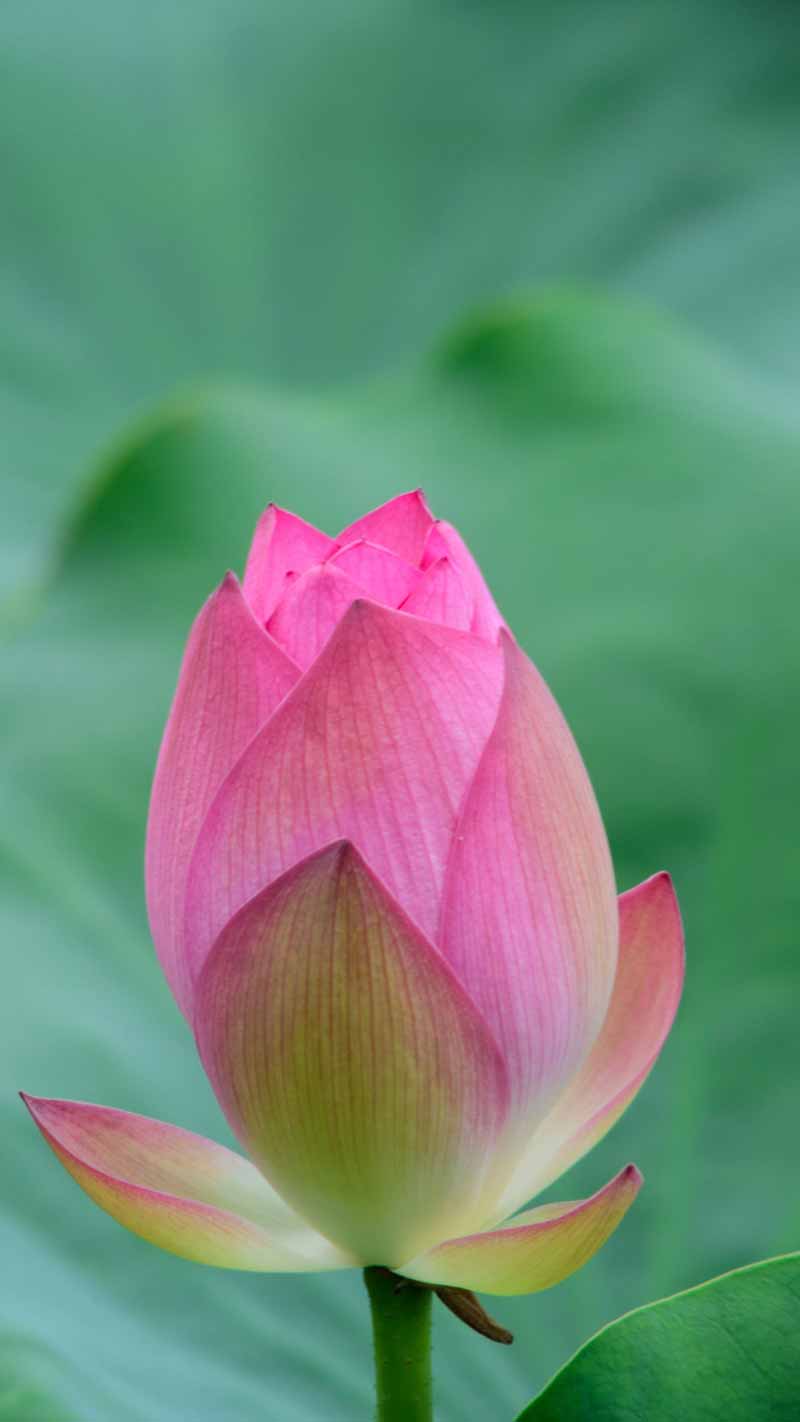 The Lotus flower is considered the national flower of Vietnam. It is known as the dawn flower and is a sign of purity, dedication, and hope for the future. The flower shuts and dips underwater at night, then rises and opens again before morning.

The lotus may be found all around Vietnam in the murky water of lakes and ponds. Vietnamese lotus is an essential component of Vietnamese culture, and all parts are used in both cooking and medicine.

The lotus blossom has influenced architecture, such as the Tram Huong Tower in Nha Trang, Vietnam, a popular tourist destination. On a street corner near the seashore, this is positioned.

The Ao Dai is Vietnam’s most popular traditional costume, derived from the vien lenn shirt, which wraps both men’s and women’s bodies from the neck to or past the knee. Ao Dai is frequently worn at formal occasions or by schoolgirls on their way to school. Men, on the other hand, rarely wear ao dai.

Some argue that the Ao Dai should not be picked as a symbol because Vietnam has many other traditional costumes such as the Ao Ngu Than, Ao Ba Ba, Ao Tu Than, Ao Nhat Binh, Ao Gam, and so on. Each costume has its own unique quality and appeal. Despite the fact that the Kinh people make up the largest group, Vietnam is still a multi-ethnic country, with many ethnic minorities wearing their own traditional costumes. 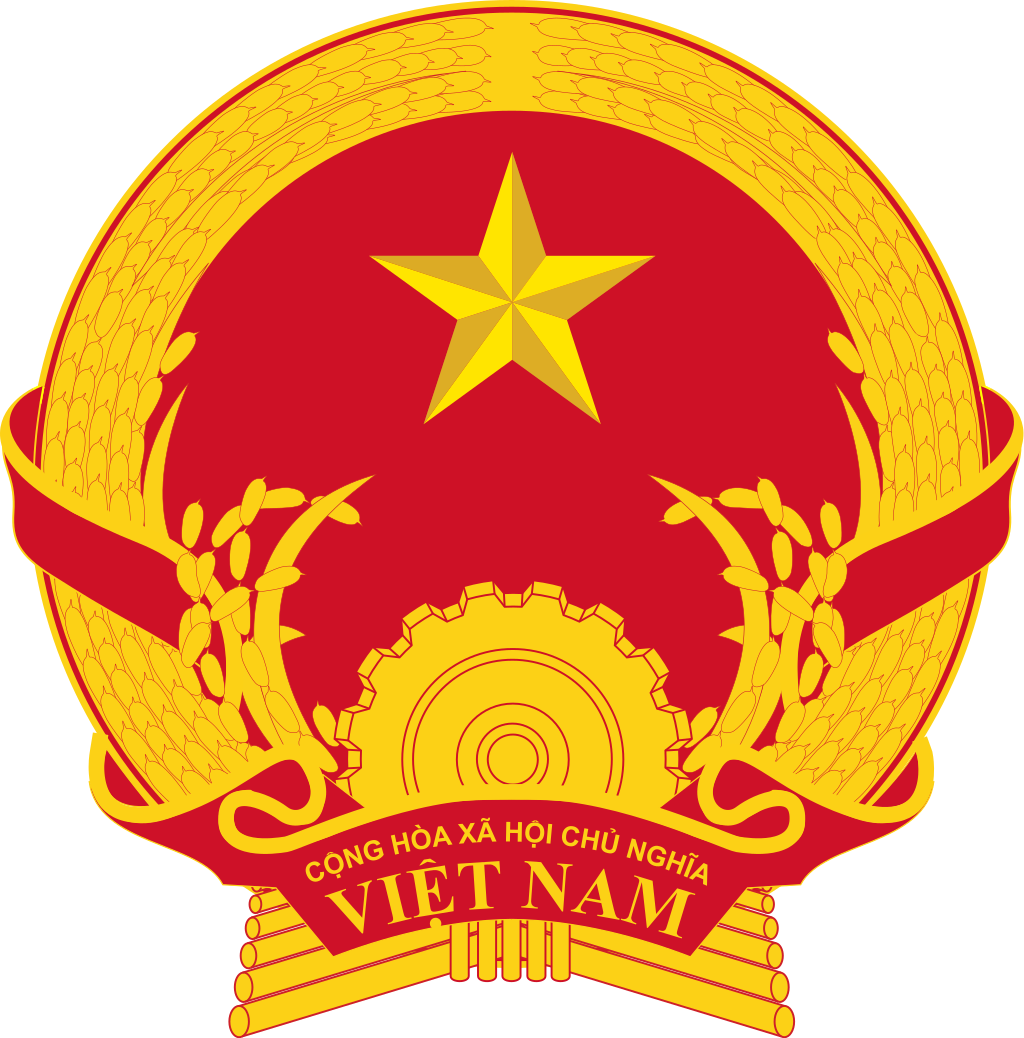 Since 1955, the Vietnamese government has used the national emblem as its official symbol. The original of the current national emblem is the Democratic Republic of Vietnam’s symbol. Following the country’s reunification in 1975, it was designated as the National Emblem of Vietnam. Artist Bui Trang Chiem designed it, and Tran Van Can edit it.

This pictorial symbol is used in official government documents and monetary items such as coins and banknotes, and it represents the country in the international community. 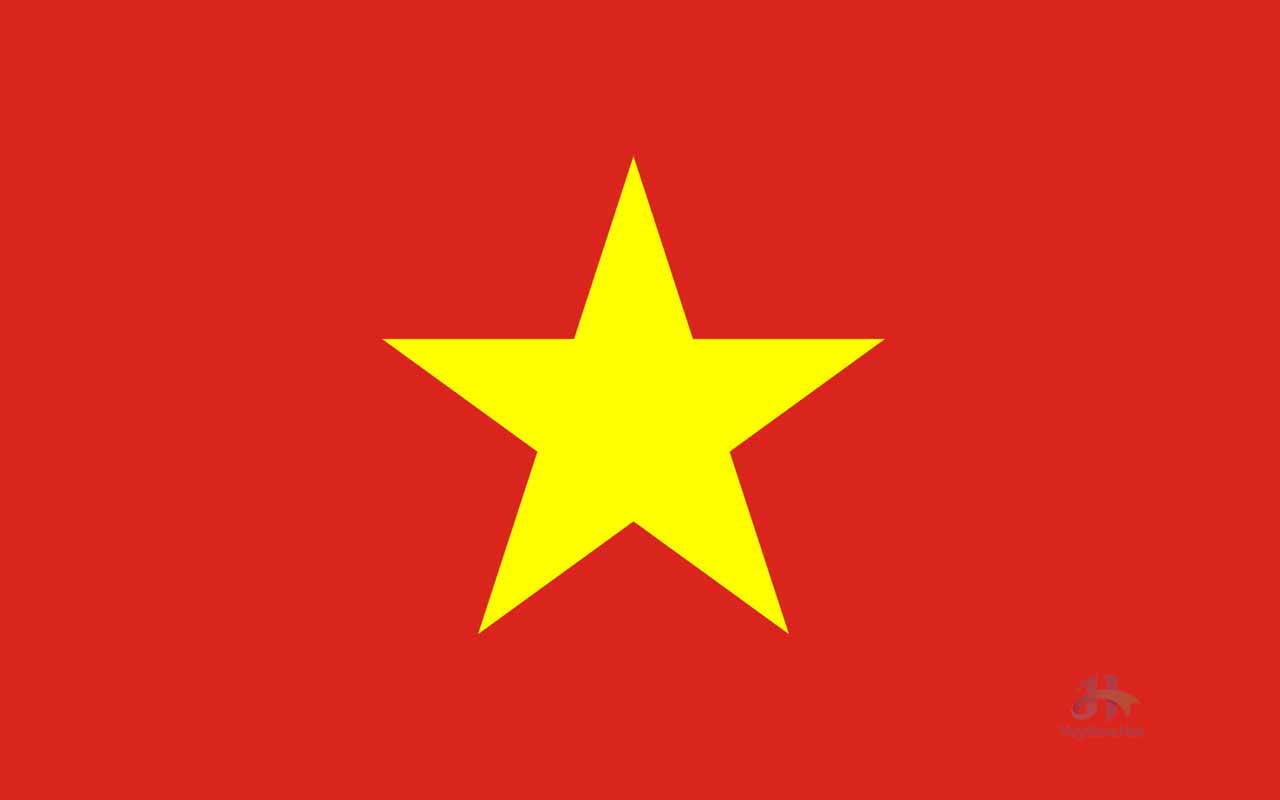 Vietnam’s flag is made up of only two colors. The flag has a crimson field, which is meant to represent the Vietnamese people’s national rebellion.

Since the French Revolution (1945-1954), the Vietnamese government has utilized the National Flag of Vietnam to mobilize the people to resist the French colony. The flag now has its current design, which includes a red backdrop and a yellow star, after some minor changes.

The identity of the flag’s designer remains a mystery, with little hope of discovering the answer. Some say it was made by Nguyen Huu Tien, a revolutionary, while others claim it was produced by Le Hong Phong and Nguyen Thi Minh Khai, two well-known characters in the French resistance in the 1940s.

Some of the Vietnamese folk symbols

According to Vietnamese mythology, four holy animals symbolize strength, knowledge, longevity, and nobility: the dragon, unicorn, turtle, and phoenix.
As a result, the Phoenix is a lovely and dignified bird. The phoenix is a magnificent and noble bird. The Vietnamese consider the phoenix to be a good omen for the areas where it settles. The union of the dragon and the phoenix represents the lovers’ happiness, luck, position, and renown. People frequently exchange dragon phoenix paintings, bronze paintings, or phoenix sculptures with the intention of wishing one other luck and wealth.

In Vietnam currently, there is no or no love symbol, but there is a place that you should consider visiting and experiencing with your loved one. In the past, when it comes to romantic places of love in Vietnam, people often think of Da Lat. Today, there is one more place that young people like very much and consider it as a symbol of love, which is the “love glass bridge” in Moc Chau.

Vietnamese symbol for happiness and other blessings

Red, symbolizes luck, fortune, and happiness. Like China, red or yellow-red envelopes (aka Li Xi) are used to give each other during the Tet (Vietnamese traditional New Year holiday) to express the wish for wealth and prosperity and good luck for the recipient.

The combination of dragon and phoenix symbolizes happiness, luck, status, and fame of lovers.

To wrap things up

The symbol for culture includes national cultural characteristics. If Australia chooses the kangaroo, Singapore chooses the lion, Japan chooses the cherry blossom, Hong Kong chooses the death flower, Thailand chooses the purple orchid, and Laos chooses the elephant, then Vietnam, so far, has not been unified as a common symbol of culture.

Temple Of Literature, Trong Dong, Lac Bird, blooming lotus, bud lotus, peach blossom, Ao Dai, Vietnamese conical leaf hat, village gate, a buffalo, or even Pho, for a long time now, there are many opinions on choosing one among them is a symbol imbued with national identity, representing Vietnamese culture. In essence, those are just aspects of culture, symbols of flowers, cuisine, traditional costumes… In fact, Vietnam is still on a journey to find Vietnamese cultural symbols.