The beauty of Hanoi in 12 months

The weather in Hanoi is generally neither too hot nor too cold all year round. You can travel to Hanoi at any time of the year, but each month has its own highlights or beauty. Each month, Hanoi brings many emotions to each characterized by beauty breath brought a thousand-year-old capital.

At the end of the month of Jan 2021, the air began to prepare for the Tet, Vietnamese Lunar New Year. People started digging interested in the price of peach, the price of blueberries. At Nhat Tan peach garden, Tu Lien, Hanoi, Kumquat blossoms bloom shy. The festival stalls were sold on the streets of Hanoi. The people, the bustling arrange a conversation last year, prepare to welcome the new year. Spring Color brilliant, was celebrated across the capital.

At the end of the month of January 2021, spring air flooded the streets of Hanoi. 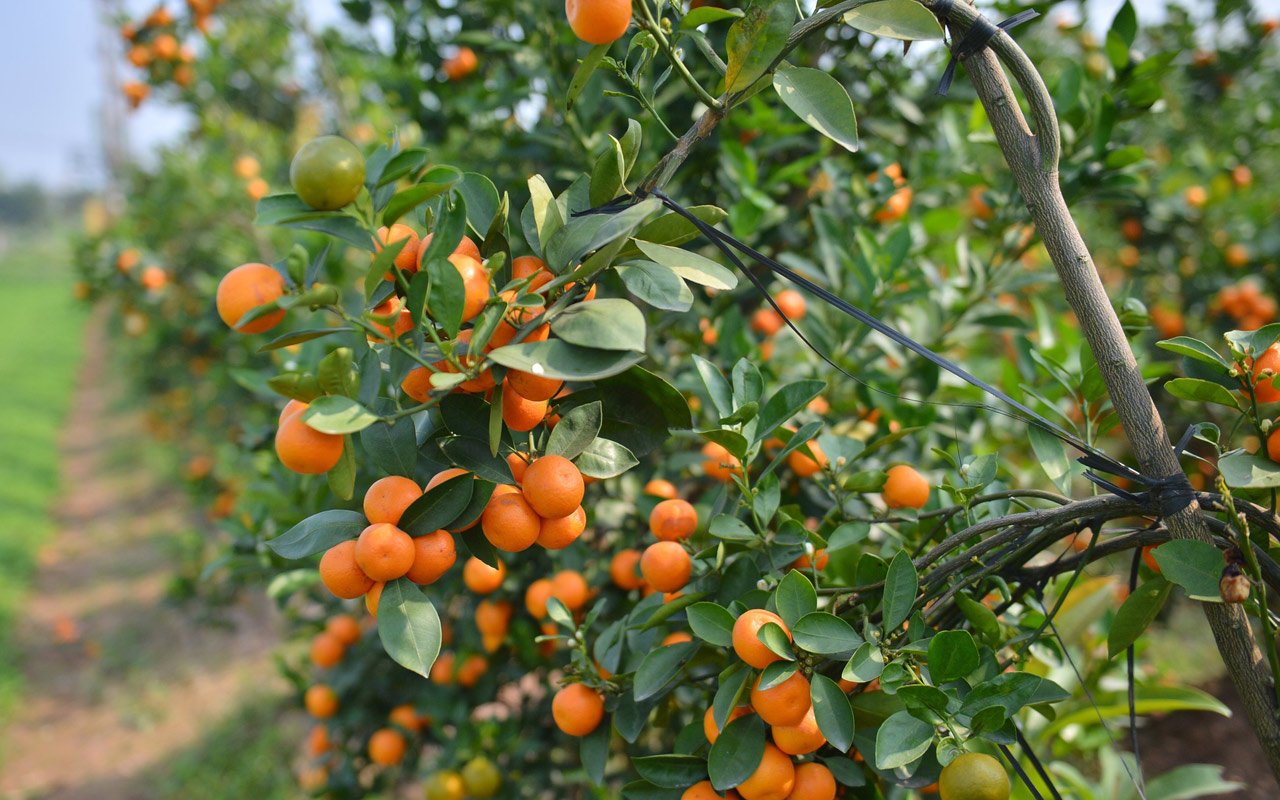 Hanoi in Tet is deserted than usual. These days, many people leave the exile capital of the country for prosperous family reunions. Day usually crowded streets immense time, without people. Ha Noi to put on his gentleness, thoughtfully. 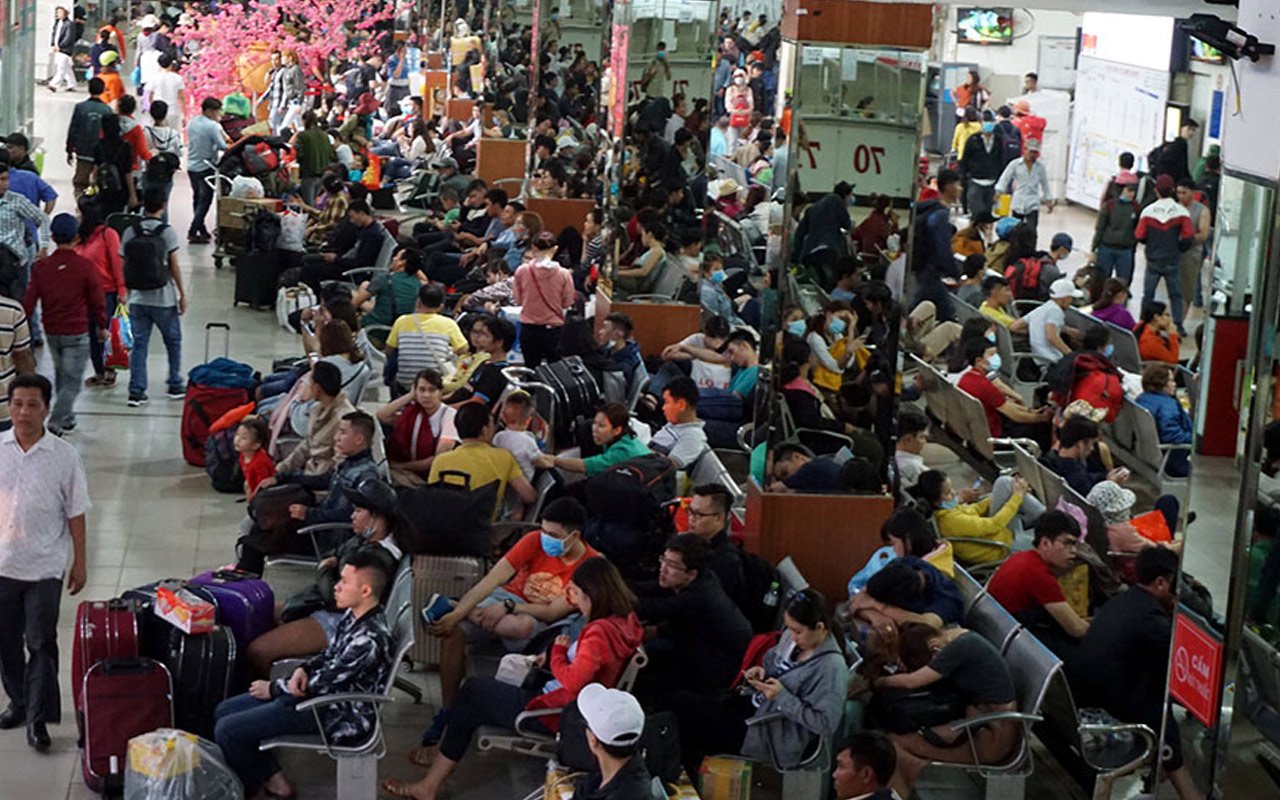 In early February, in the crowded bus people back home for Tet 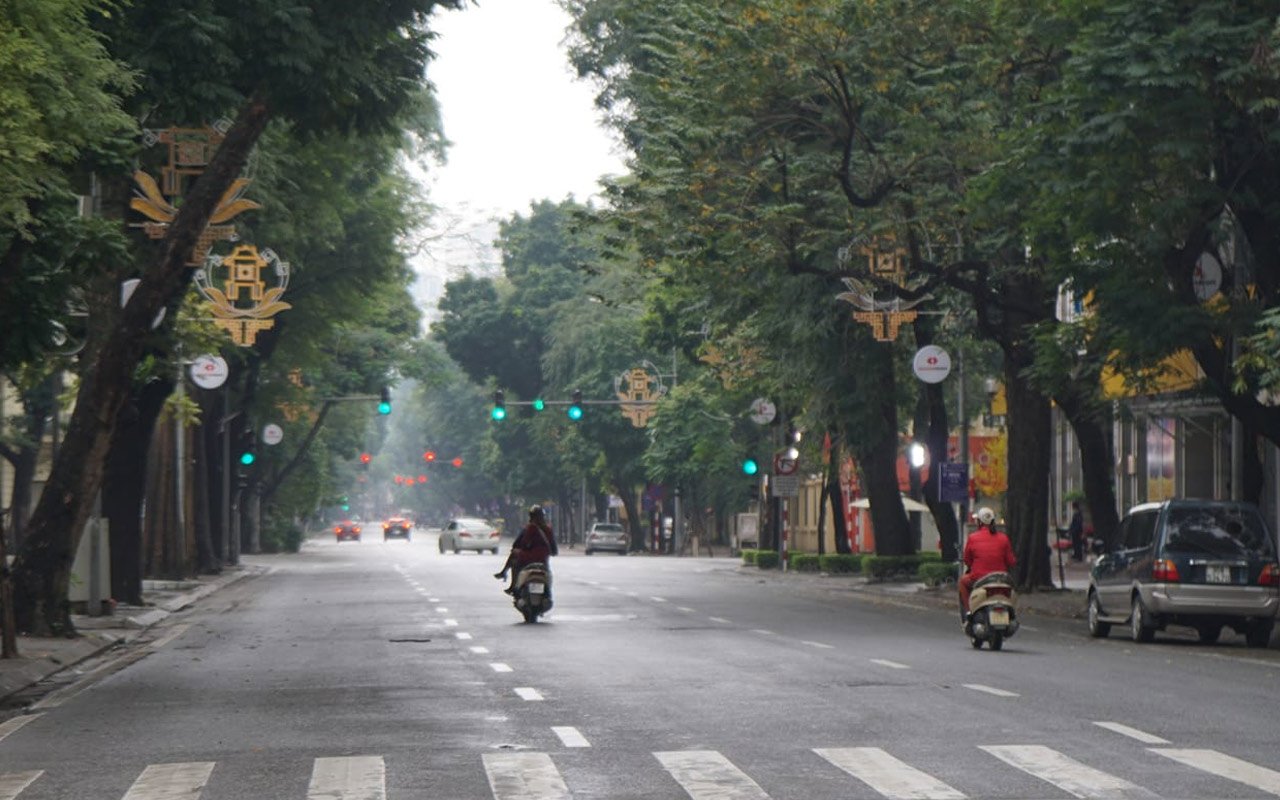 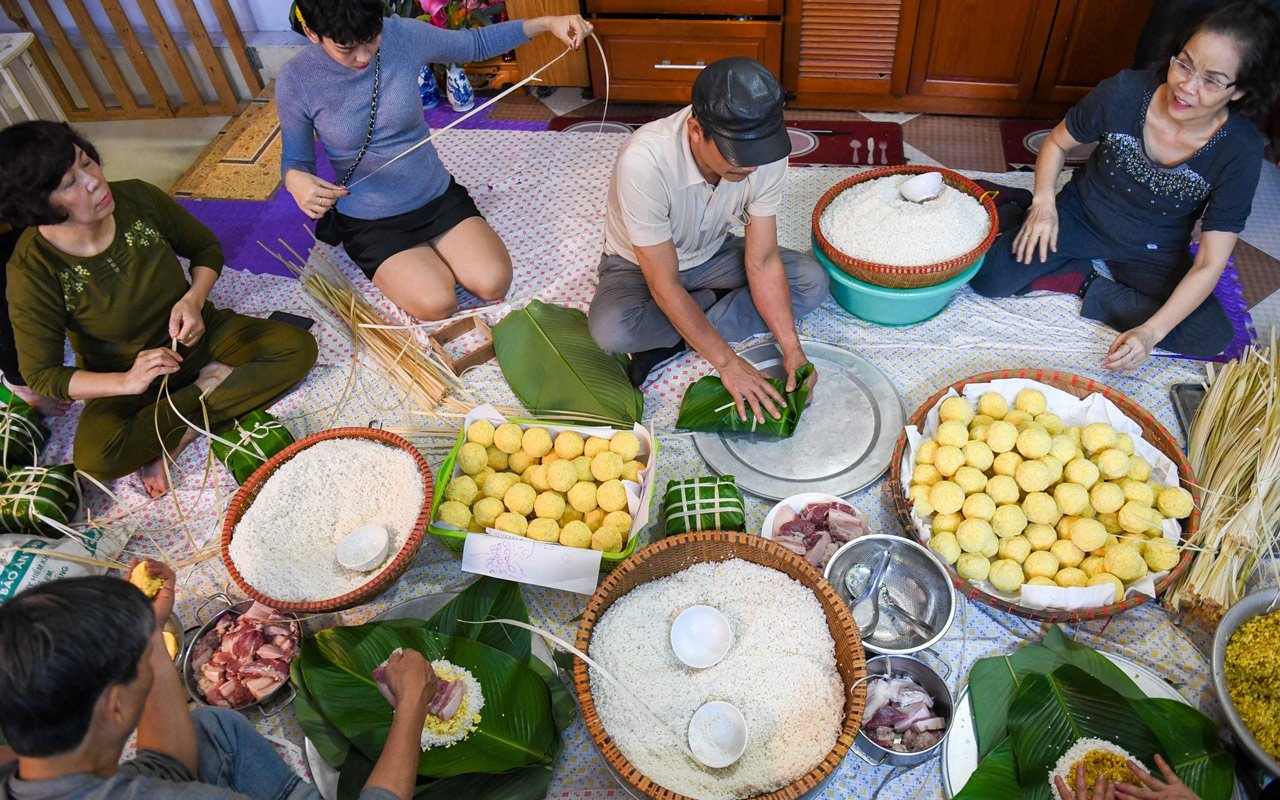 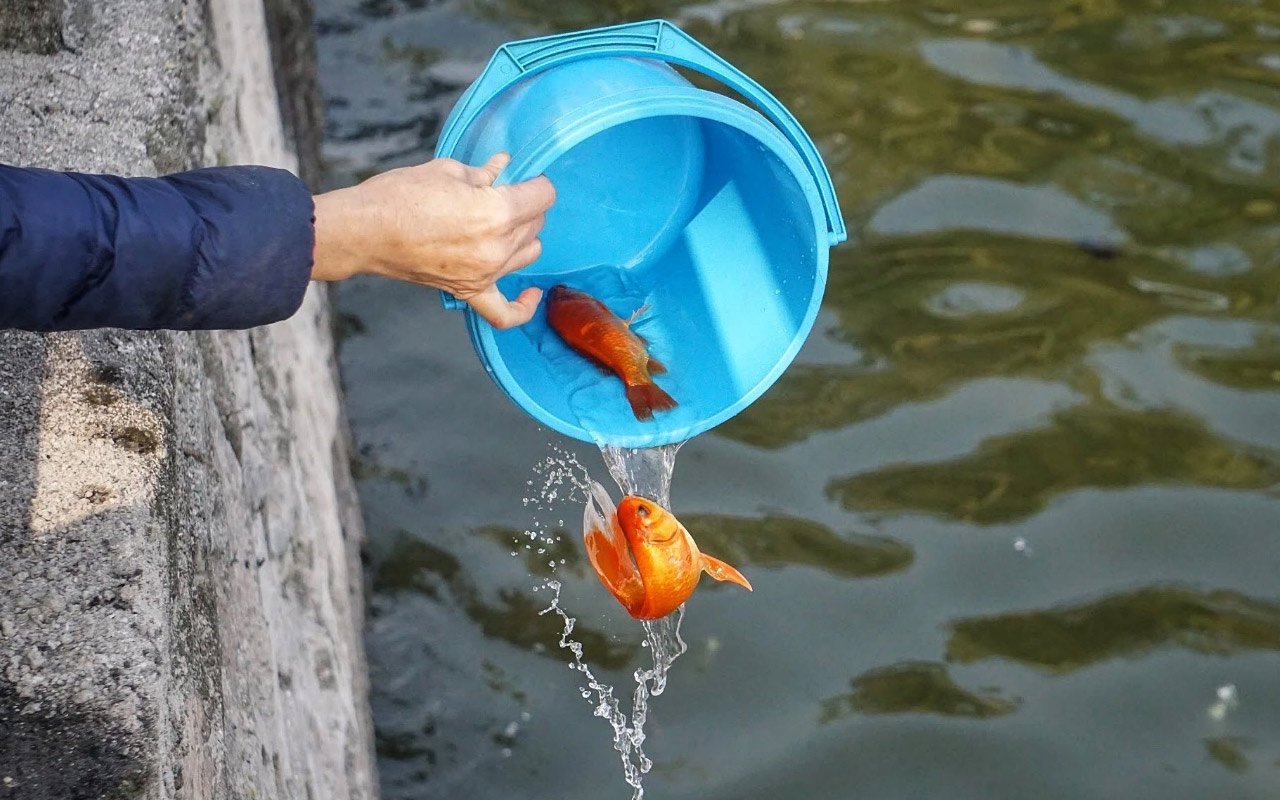 A woman is releasing carp after worship

The place is famous as Ngoc Son temple, Tran Quoc Pagoda, West Lake government these days are tourists from everywhere. People come to the temple, praying for a new year of peace and happiness.

It’s hard to talk about March without mentioning International Women’s Day on March 8th. Many flower shops have opened on Hanoi’s streets since the beginning of the month. Honor the day of the lady over the flooded metropolis of beautifully colored flowers.

Lilies’ flowers are referenced in relation to Hanoi in April. This flower is also known as the “flower of April,” because lilies only bloom once a year in April. Still not as bright or aromatic as many other flowers, but white enough to provide a pure beauty for lilies. Lilies are no longer regarded as symbols of the “known” about the summer in Hanoi. 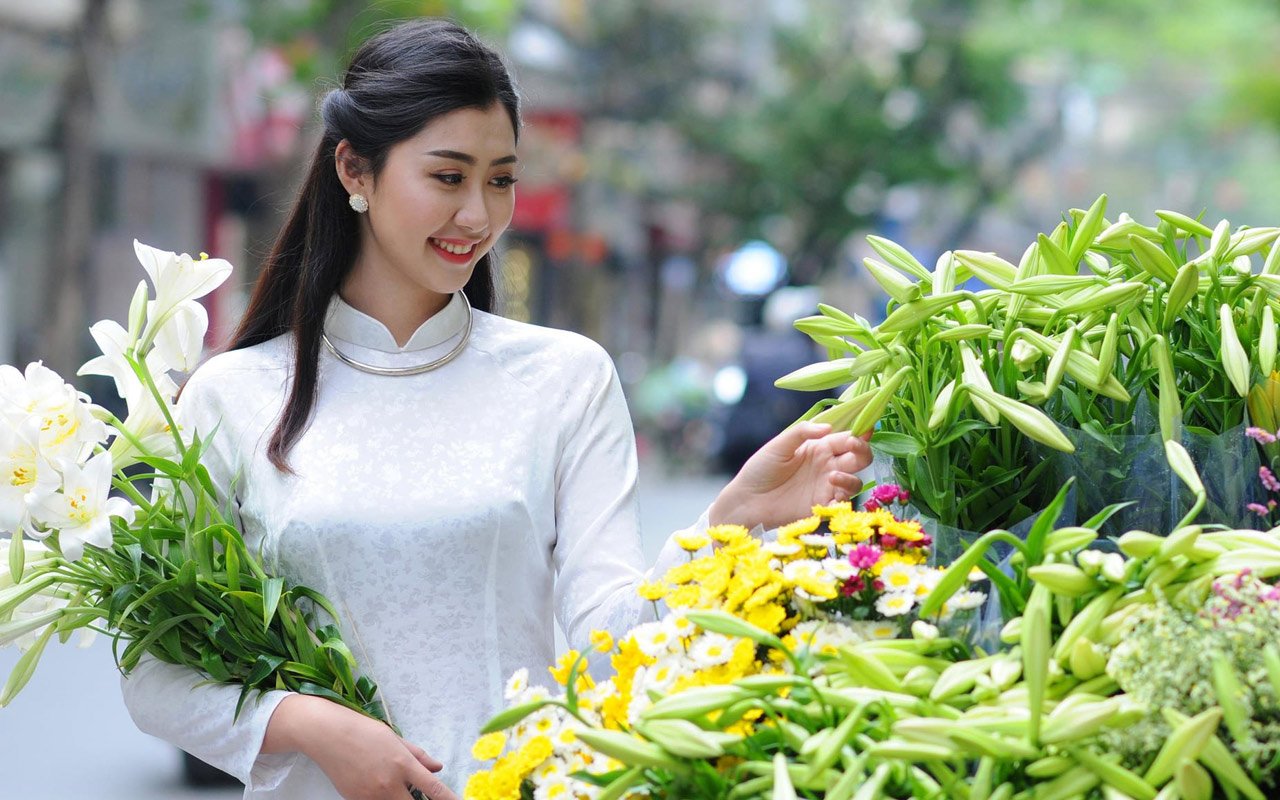 Hanoi in April – the beautiful moment between the spring and summer

Summer’s expression is considerably more pronounced. The blazing crimson of the flamboyant trees dispersed the Hanoi sky, and the sound of cicadas appeared to tickle someplace.

The month of May also marks the start of the lotus blooming season. This May, you can enjoy the rustic beauty, the ethereal charm, and the charm of Hanoi lotus in the West Lake lotus dress or Dinh Nhan (Co Nhue – Tu Liem) dress lotus. Lotus radiates a delicate perfume, gentleness, through Hanoi’s narrow alley streets.

Flowers with the culture of Hanoi people

June, a season of absence from her as his learner once more. The ritual is held in synchronization by the schools, with white oriental robes soaring through the streets of Hanoi. Where kids’ tears and choking cries at each transmission line entries:

The scorching weather in July is often a deciding factor for University examination candidates. A large number of parents and contestants from the region travel to the capital to take the crucial exam.

In July, images of young contestants, restlessness, and worry before entering the University exam — a life-changing milestone – become all too familiar on the streets of Hanoi. Keeping eye contact with the parents of the children and making gestures of affection and concern for their children. 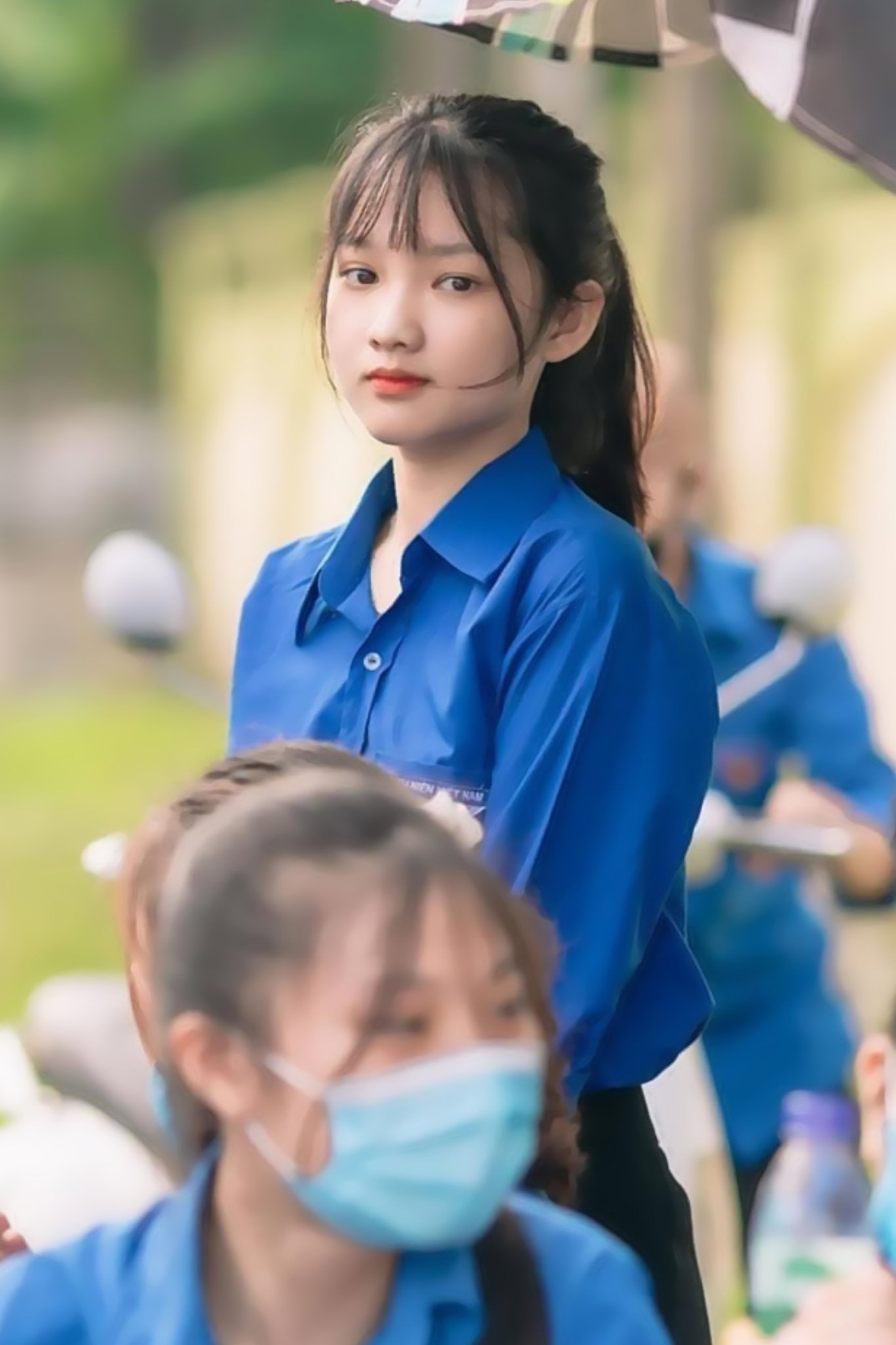 The finest photo of the day in July in Hanoi was a voluntary blue shirt.
A blue volunteer shirt is an extraordinarily gorgeous image of Hanoi these days. On a hot July day, because of the weather and the stress of tests, student volunteer forces stand side by side, supporting and helping the contestants and their families at the bus terminal, hotel room, and test scores.

From August onwards, the fall season begins. The weather is becoming cooler as the temperature drops. In the center of Hanoi, the rain fly times of the season are softer, with more deposition with moments to collect. Somewhere, a rich scent of milk flower, cm – food presents were collected and sold on street booths in Hanoi. Autumn in Hanoi, coupled with the fall in the right light yellow leaves, and a pair of iron will wind through the alley autumn, is the main witness. 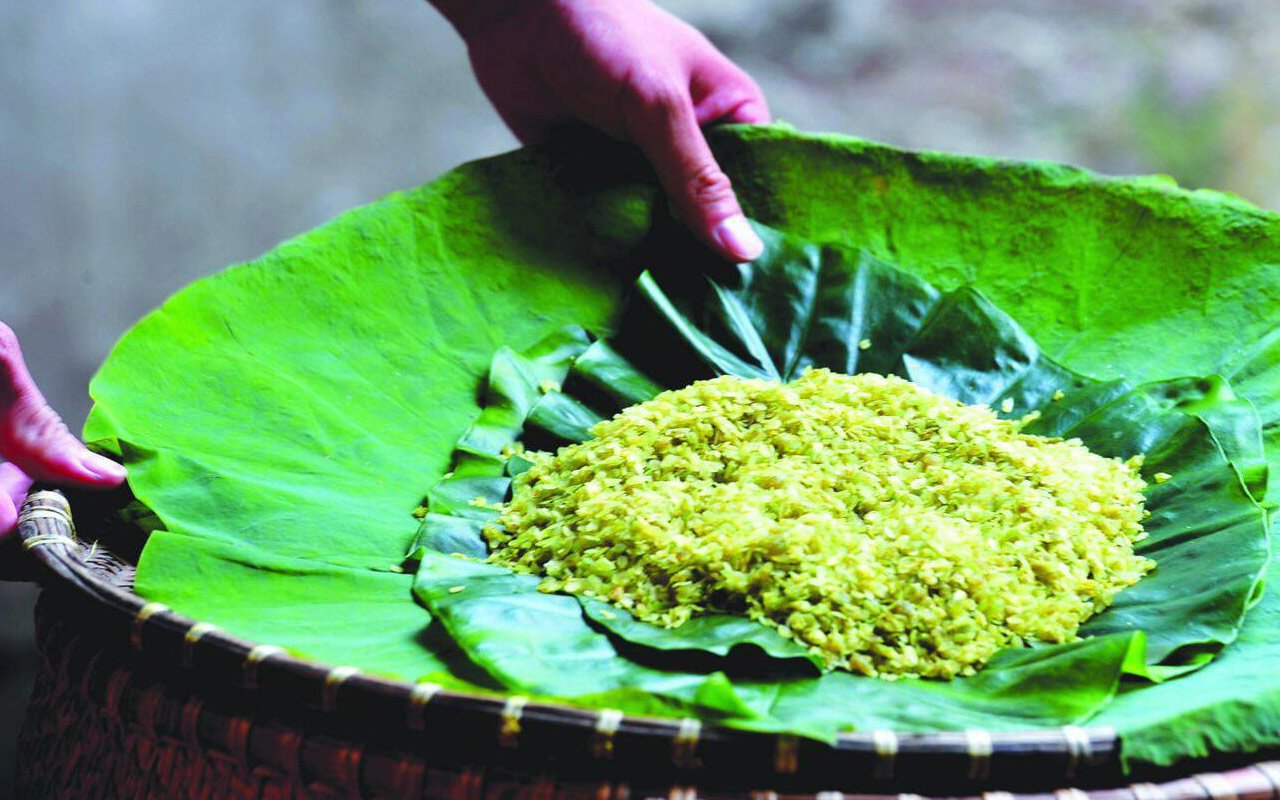 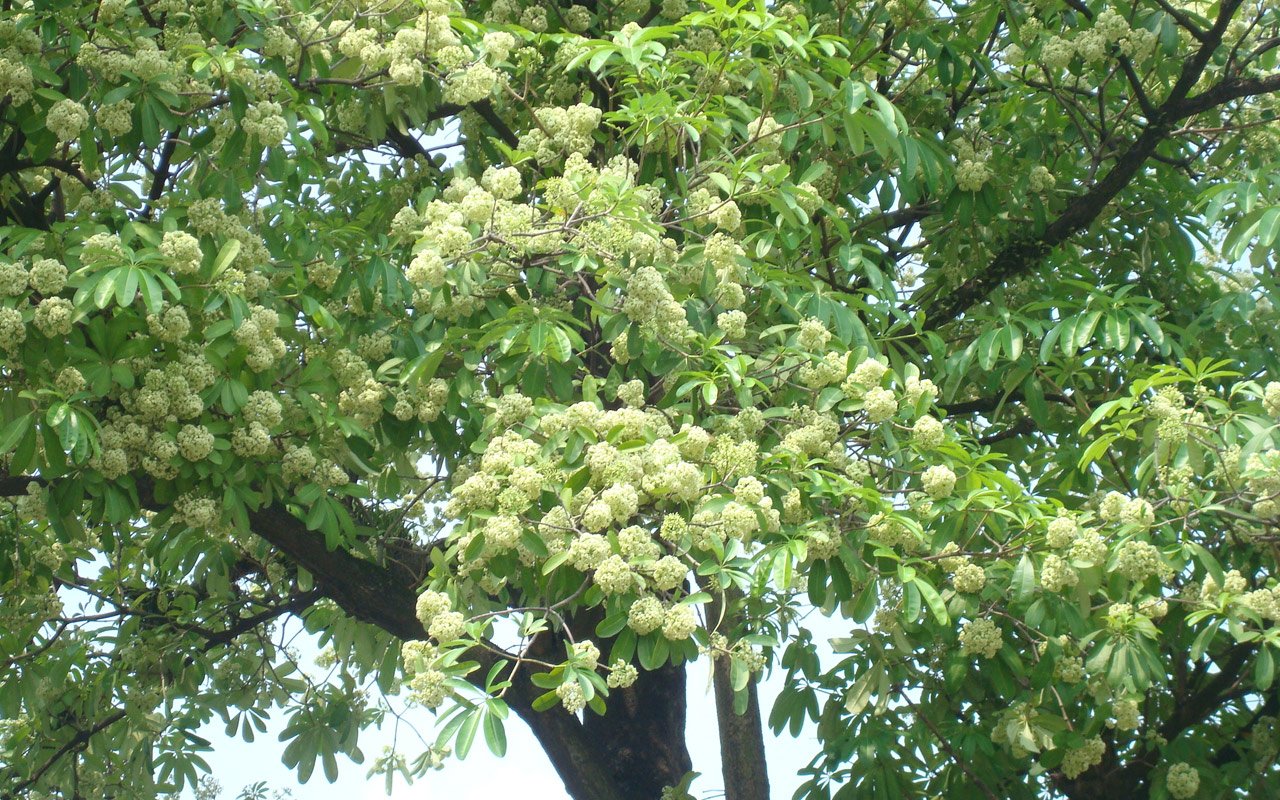 September is a generous month for Hanoi and Vietnam as a whole. National Day is celebrated on September 2nd, and a crimson flag with a yellow star-covered sky of Hanoi serves as a reminder of the country’s historic heritage.

September is the start of the academic year. The capital city is engulfed in the raucous mood of the first day of the new school year. The infant in class one was first excited when parents walked hand in hand to school, had a few new faces, and grieved as the first ones to depart, stepped into an unfamiliar atmosphere. The clean smile of the first day of schoolgirls in Hanoi in September made them even more lovely and sparkling. 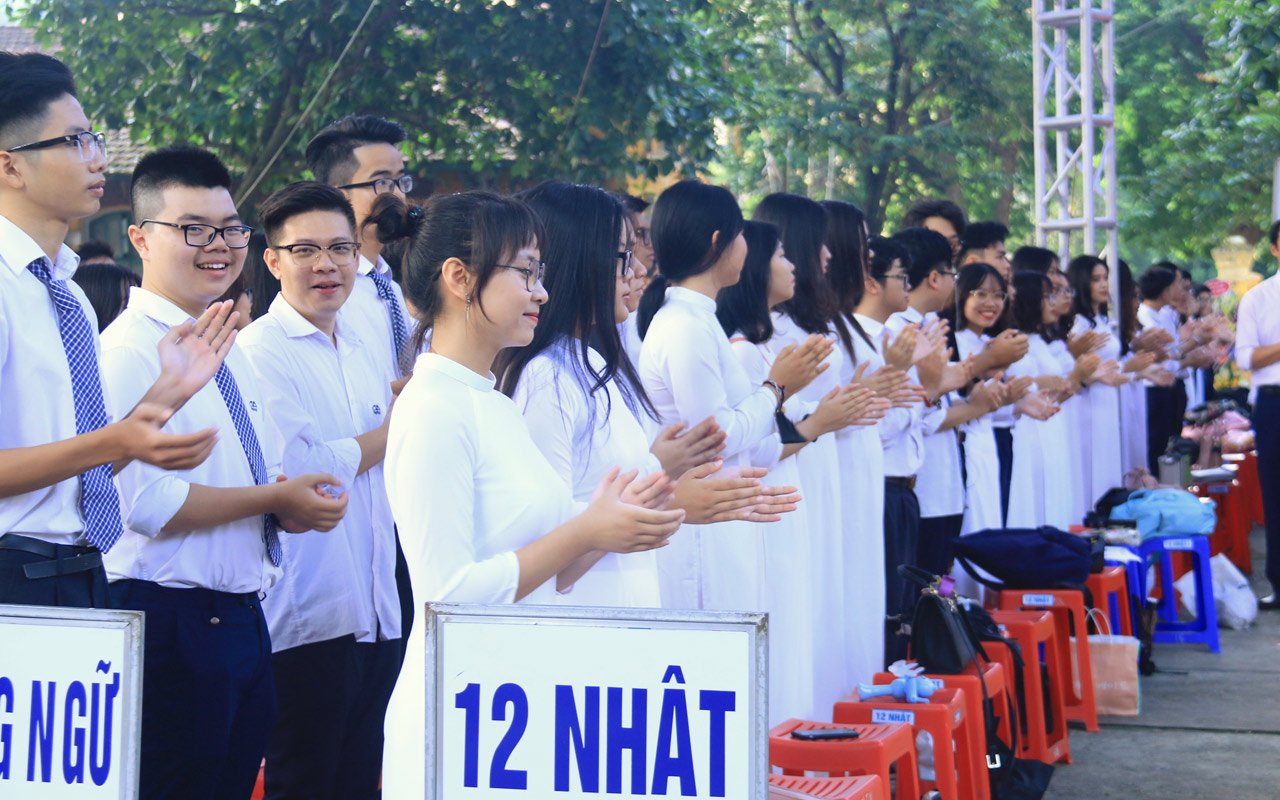 The lively Hanoi Autumn Festival takes place in September. Hang Ma Street is lined with traditional children’s toys such as star lights, masks, and so on. Autumn is also the time for the complete family to get together, thanks to the full round moon. Autumn has become a warm beauty, the fullness of Hanoi in September when parents bring their children to play. 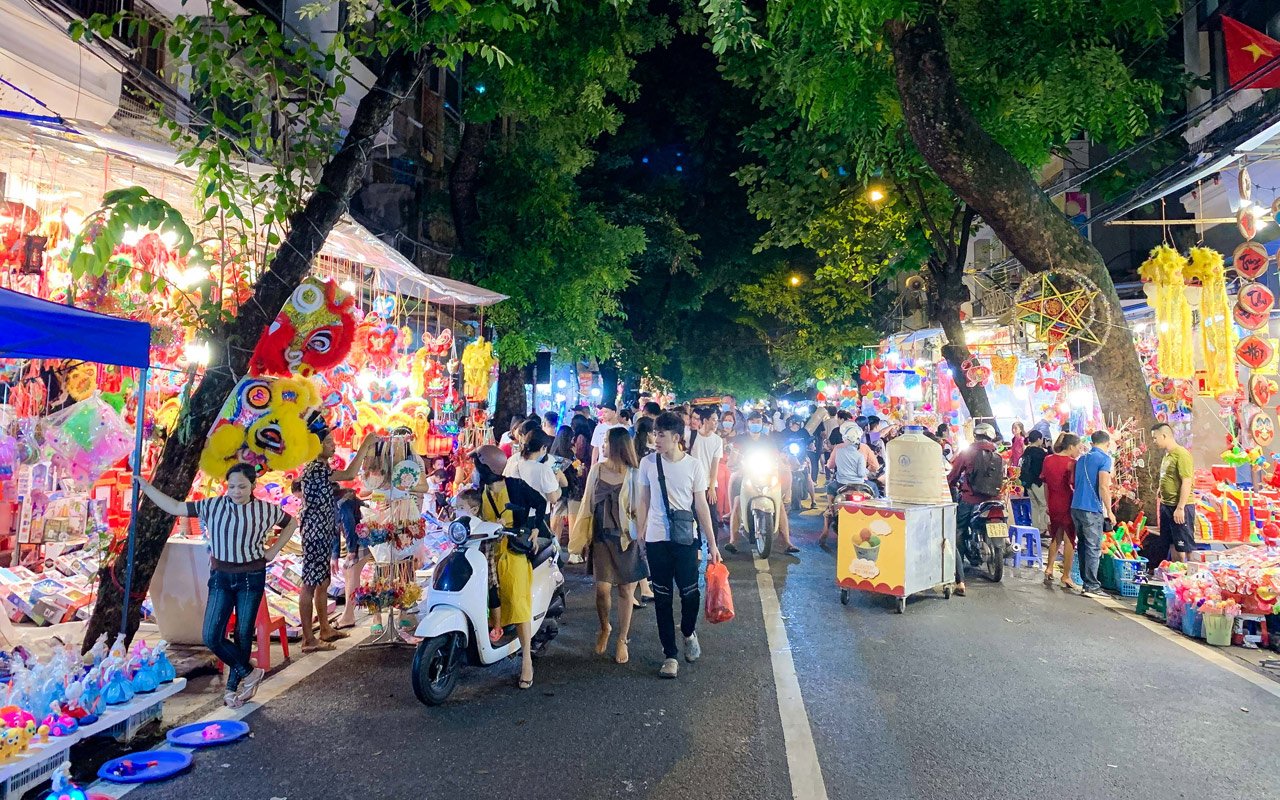 The 10th of October is a memorable month in Hanoi, as it marks Capital Liberation Day. This is an opportunity for Hanoi to be proud of its heroic beauty, the signs of a beautiful capital with thousands of years of civilization, and for the people of Vietnam to admire the familiar images connected with the capital – the country’s heart. 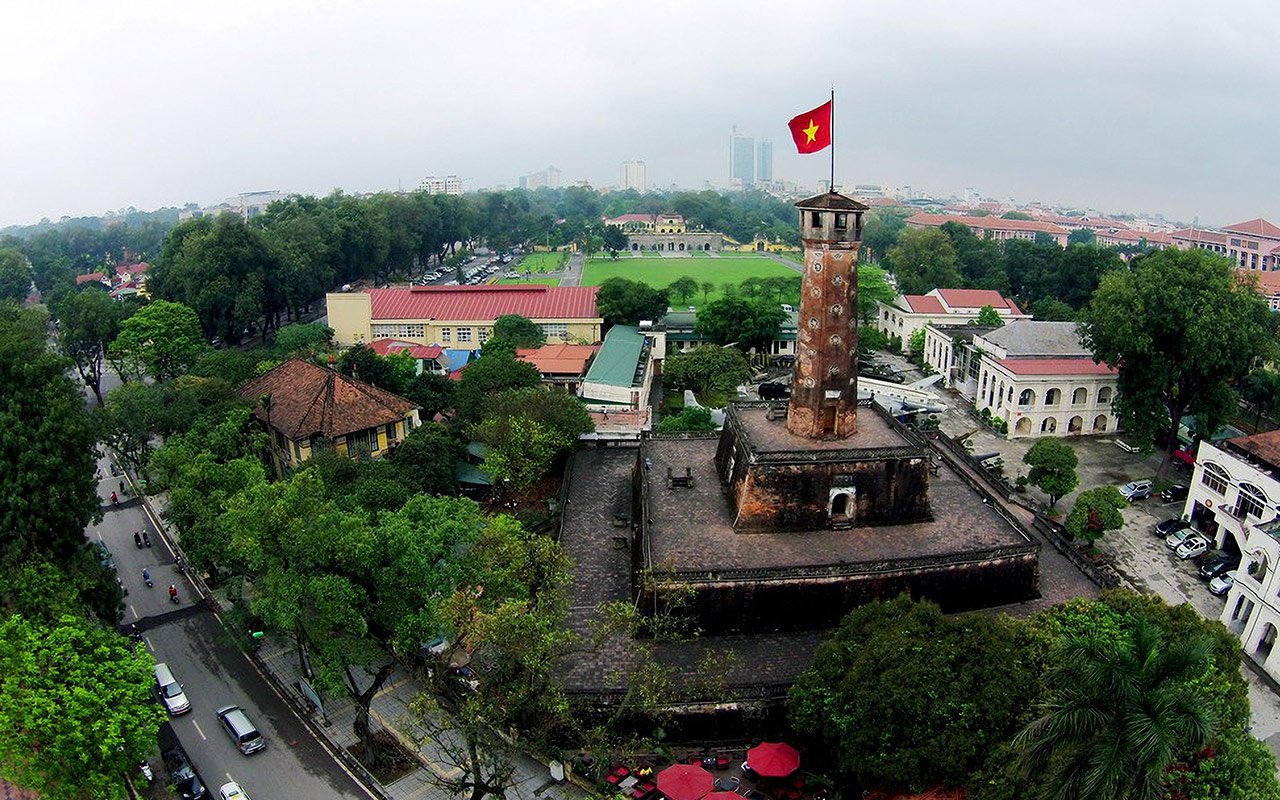 October – the month for Hanoi residents proud of beloved Capital.

Referring to Hanoi in November and the “call winter” flower – Daisy nightingale – if so flawed. The appearance of daisy nightingales on the streets of Hanoi, along with the return of cold air, signified the return of winter. People are still shocked by the sheer beauty, its purity, of the brightly colored, gorgeous, small beautiful daisy nightingale clusters. These sweet little daisy nightingales, pure white bunched together and fluttering in the breeze, have become an essential dotted moment of the fall-winter season in Hanoi. 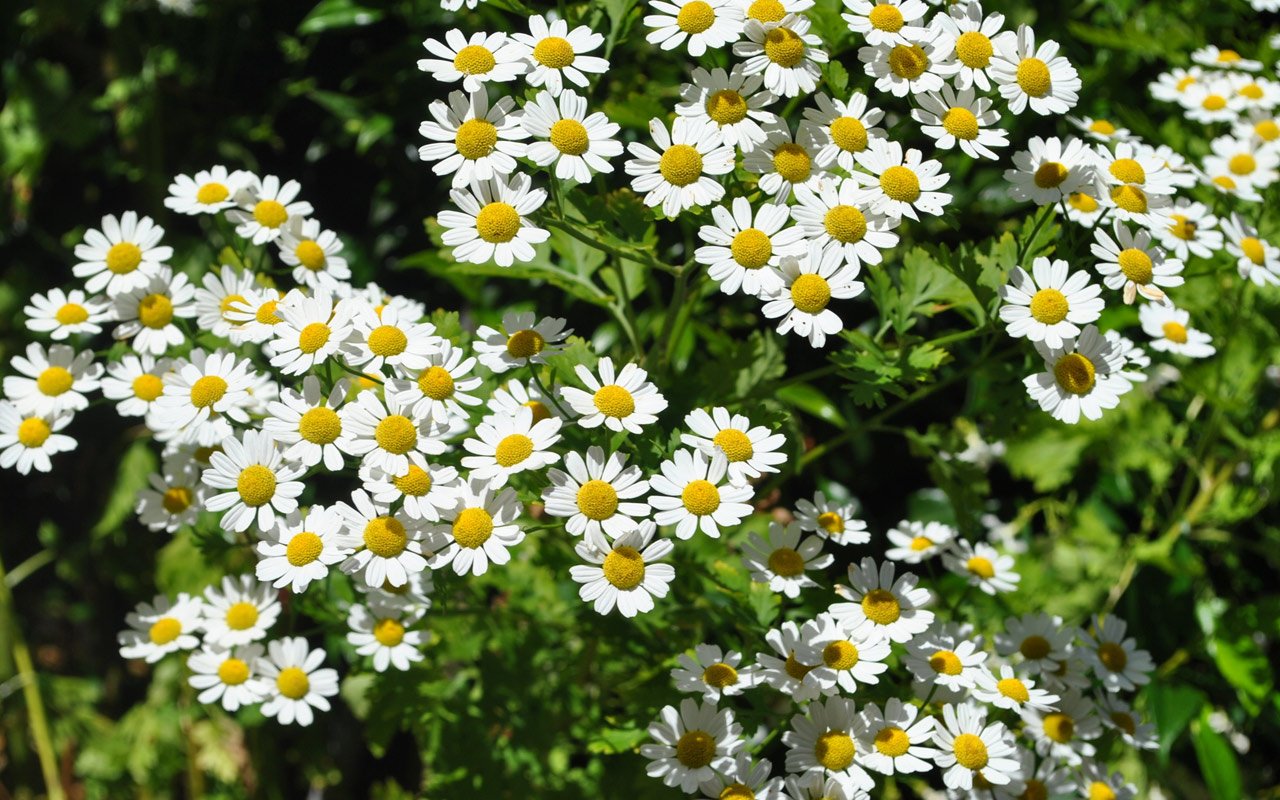 Hanoi is welcoming 12 new days, although the air from the previous five days has been noticeable in recent days. The weather had changed entirely to winter, and the harsh winds made people shudder every time they were alone on the street. Hanoi winter is stretched out like early morning dew, the metropolis engulfed in a magical mist of hazy, glittering antiques.

Grilled yam and corn picture cooking fire getting acquainted with Hanoi on a cold December day. What could be more enjoyable than sitting by the fire, smelling the aroma of delicious cooked yams and corn, and savoring the sweet, warm air? 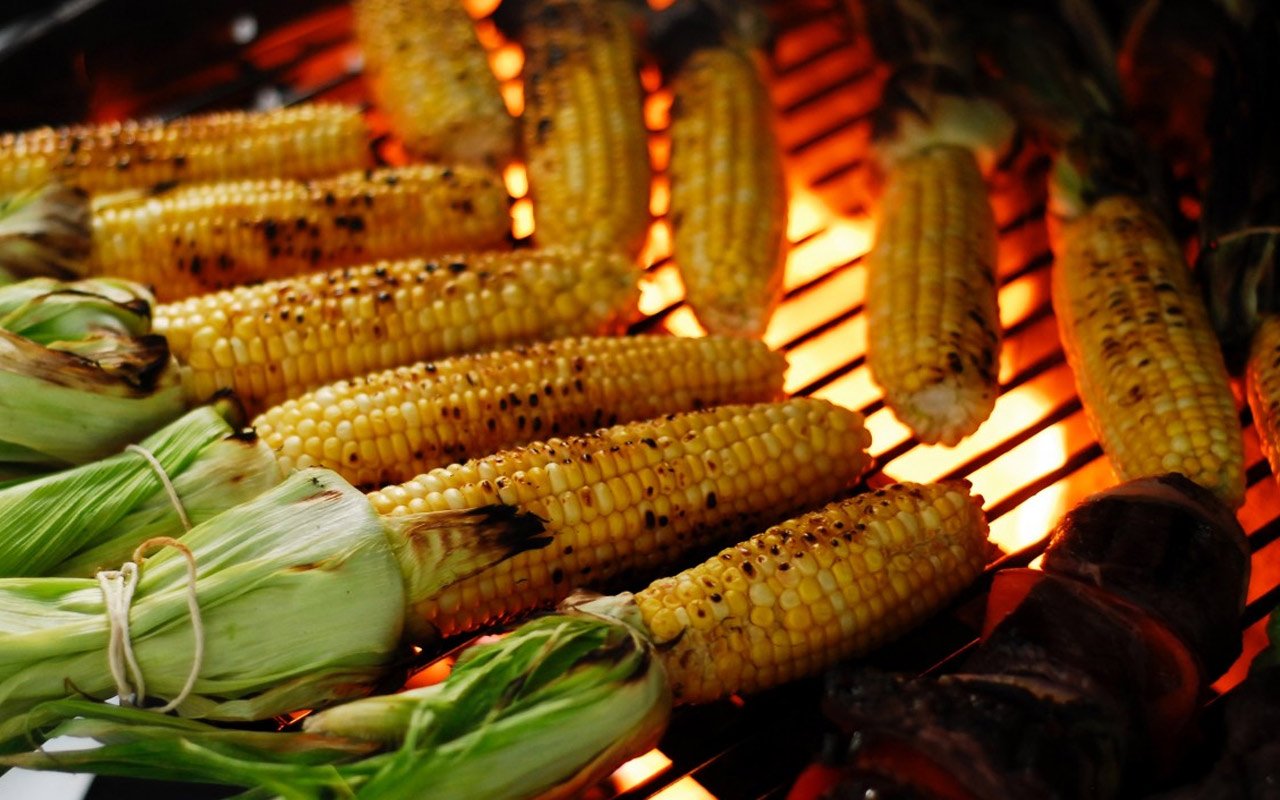 In Hanoi, the last month of the year, there are two wonderful, ancient mediums: glitter and magic, and the mundane, warm, and caring.

Welcome international flights, tourists are excited to come to Vietnam

Vietnamese Souvenirs: 21 best things to buy for gifts in Vietnam

According to legend, the village of Bo Bat (Thanh Hoa) from the Ly, the Thang Long in the Bat Trang Pottery ward along Red river.…

List of the latest landline phone area codes in Vietnam

All Zip codes, postal codes of 173 communes of Yen Bai

How Long Should Your Workout Last to Build Muscle?

Building muscle is a matter of building strength and size. It’s not simply a matter of putting in the hours that you’re working out. Of…

Vietnam Museum of Ethnology – The Picture of Vietnamese Ethnic Groups

HAL To Tie-Up With BAE Systems For Jaguar Upgrade

Is It Better to Do Full-body Workouts or Split Focused Routines?

Can Dogs Eat Nut Butters? If So, Which one Are Safe: Almond, Cashew, Peanut?

List of the latest landline phone area codes in Vietnam

What Everybody Ought To Know About Whey Protein?