Vietnamese Water Puppet is a tradition that dates back as far as the 11th century when it originated in the villages of the Red River Delta area of northern Vietnam.. The art of water puppetry is an indigenous cultural product of the Vietnamese people, developed in most of the villages around the Thang Long citadel and most of the puppet wards in the northern delta provinces.

What is water puppetry?

Water puppetry (the form of using puppets to act and act on the water surface) is considered a unique intangible cultural feature of the Vietnamese nation, a long-standing traditional folk theater art form in the region. The Red River Delta usually takes place during festivals, village festivals, happy days, and New Year’s Day. 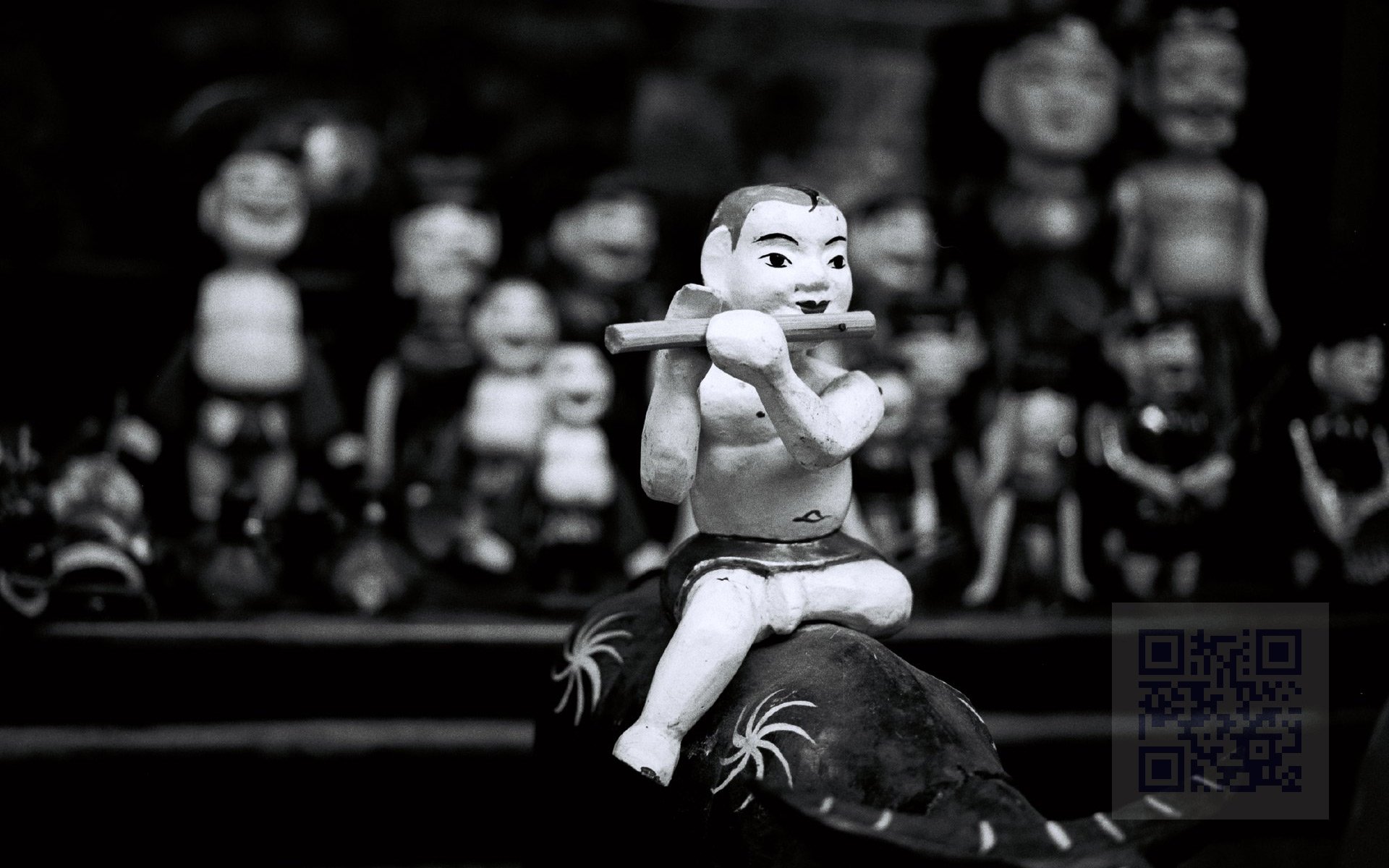 Water puppetry has different characteristics from ordinary puppetry, people use the water surface as a stage (also known as puppet house or water house) erected in the middle of a pond or lake with a balanced architecture symbolizing the roof of the house. In the countryside of Vietnam, the background is covered, surrounded by flags, fans, elephants, parasols, gates…

The puppets are made of wood, performed by the control of the people behind the background. through a system of poles, strings… and supported by drums and flutes. Wooden puppets are chiseled with their own stylized lines, then sharpened, polished, and decorated with different paint colors to enhance the lines and personality of each character.

The most typical character is Uncle Teu – round body, optimistic witty smile. Opening the show, Uncle Teu appeared cheerful and naughty as the leader of the story. The puppet’s body is the part that floats to the surface to represent the character, and the base is the part that sinks under the water to keep the puppet afloat and where the controller is installed for the puppet to move.

The control machine and control techniques that create the actions of the water puppets on the stage are the key to the art of water puppetry. The controller is hidden in the water, taking advantage of the power of the water, creating remote control, offering viewers many strange and unexpected things. The water puppeteer stands in the game room to control the puppet.

They manipulate each pole or pull puppets with strings arranged outside or underwater. The success of the water puppetry mainly depends on the movement of its body, its act of acting. Water puppetry must have music. Music controls speed, keeps rhythm, leads movements, creates an atmosphere with traditional rhythms playing the main role, water puppet music often uses Cheo tunes or folk songs of the Northern Delta.

Since when is water puppetry? 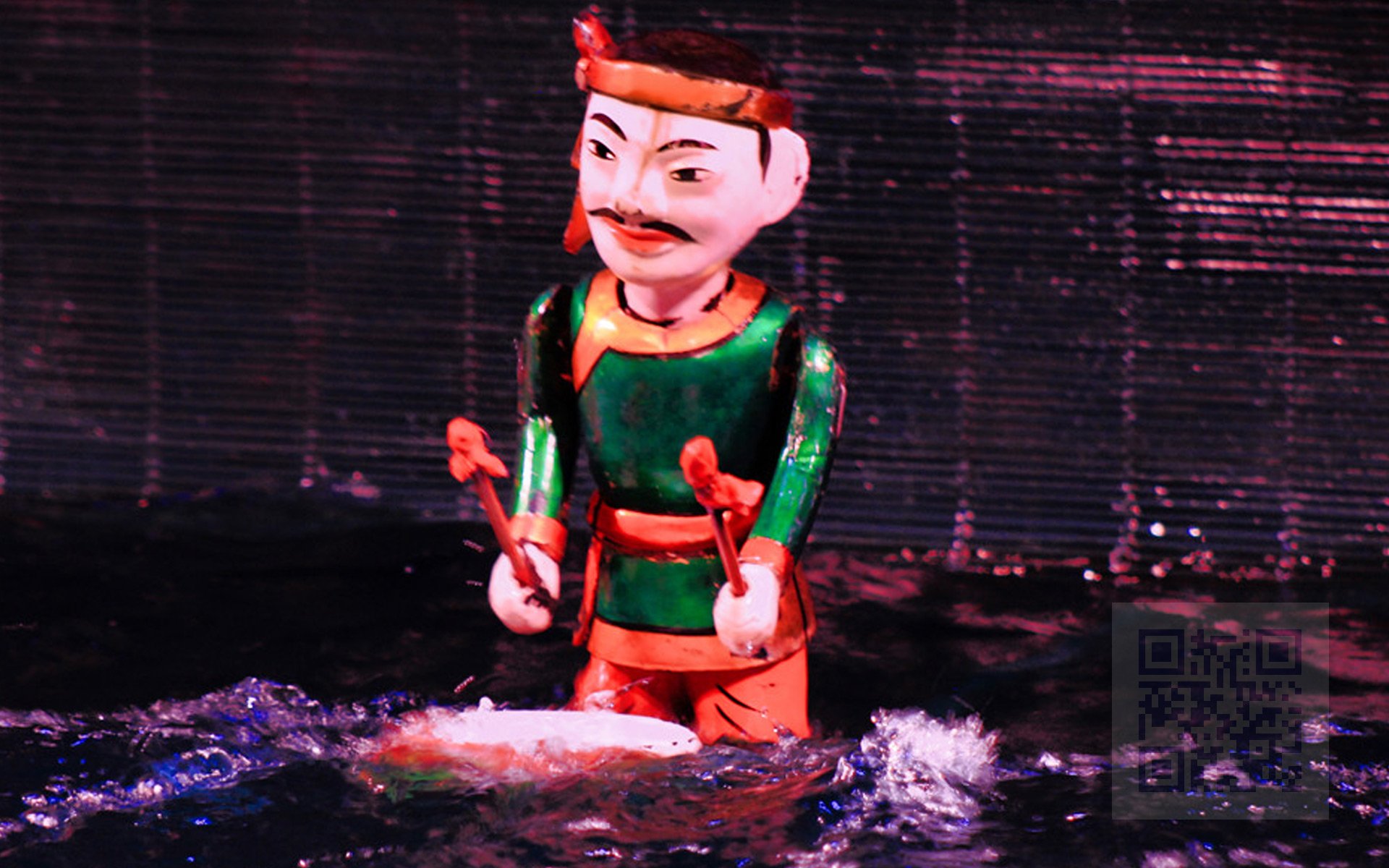 In the treasure trove of water puppetry of Vietnam, there are 30 traditional performances and hundreds of modern puppet shows telling about the folk tales and daily life of the Vietnamese people. The art of water puppetry is an indigenous cultural product of the Vietnamese ethnic group, developed in most of the villages around the Thang Long citadel and most of the puppet wards in the Northern Delta provinces. 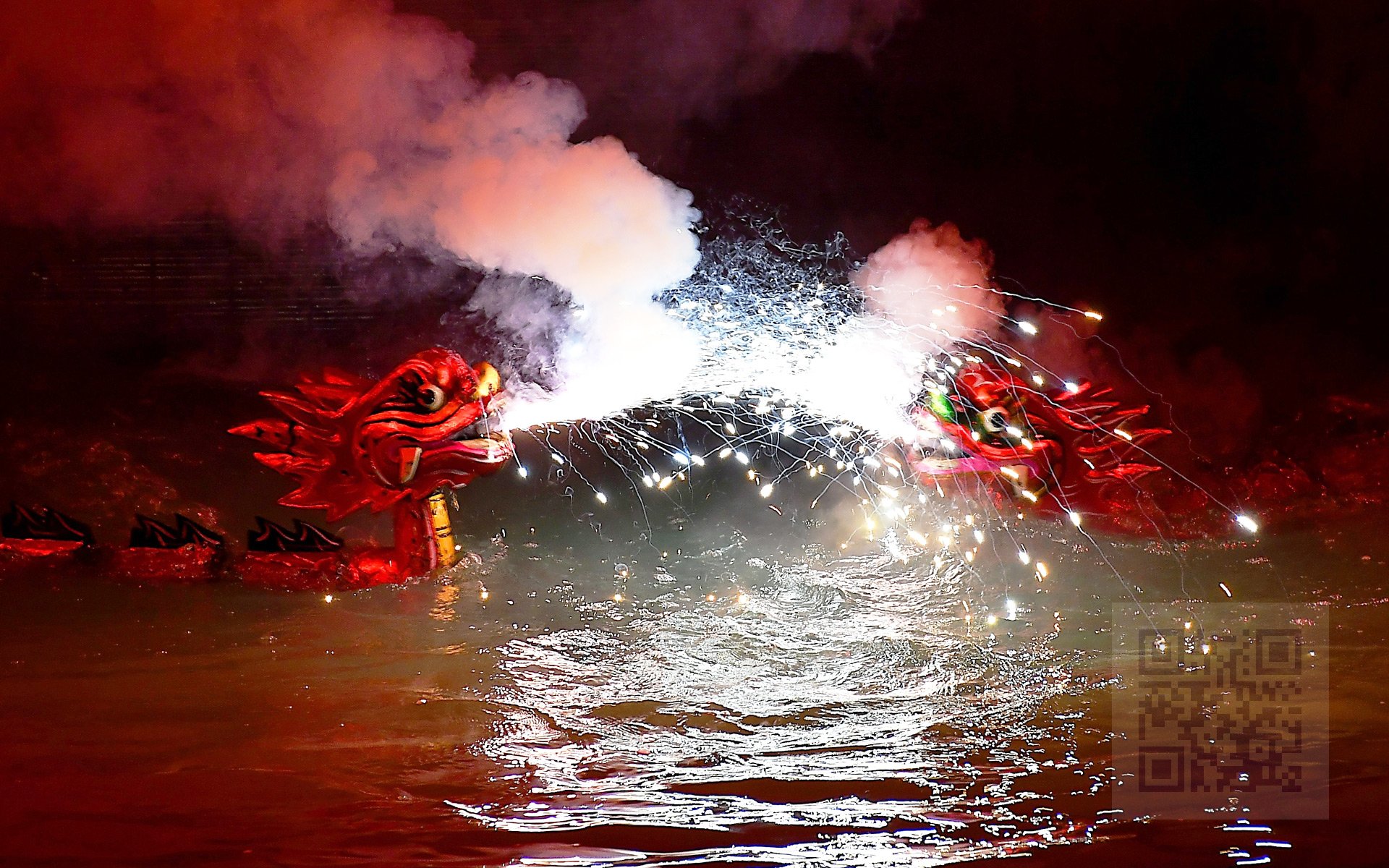 In India and Southeast Asian countries, there are only hand puppets, stick puppets, and string puppets. As for water puppetry, it is only seen in Vietnam and China. According to Professor J. Pim-pa-ne-au, water puppetry has disappeared in China and today “only exists in Vietnam”.

The Central Puppetry Troupe not only introduced hand puppetry, stick puppetry, and water puppet shows but also encouraged the creation of new acts as well as the study of the history of water puppetry.

Currently, in Vietnam, there are 6 professional puppetry troupes in central Vietnam, Hanoi, Hai Phong, Ho Chi Minh City, Dak Lak, and Quang Tri. There are also dozens of water puppetry wards in many localities of the Red River Delta. 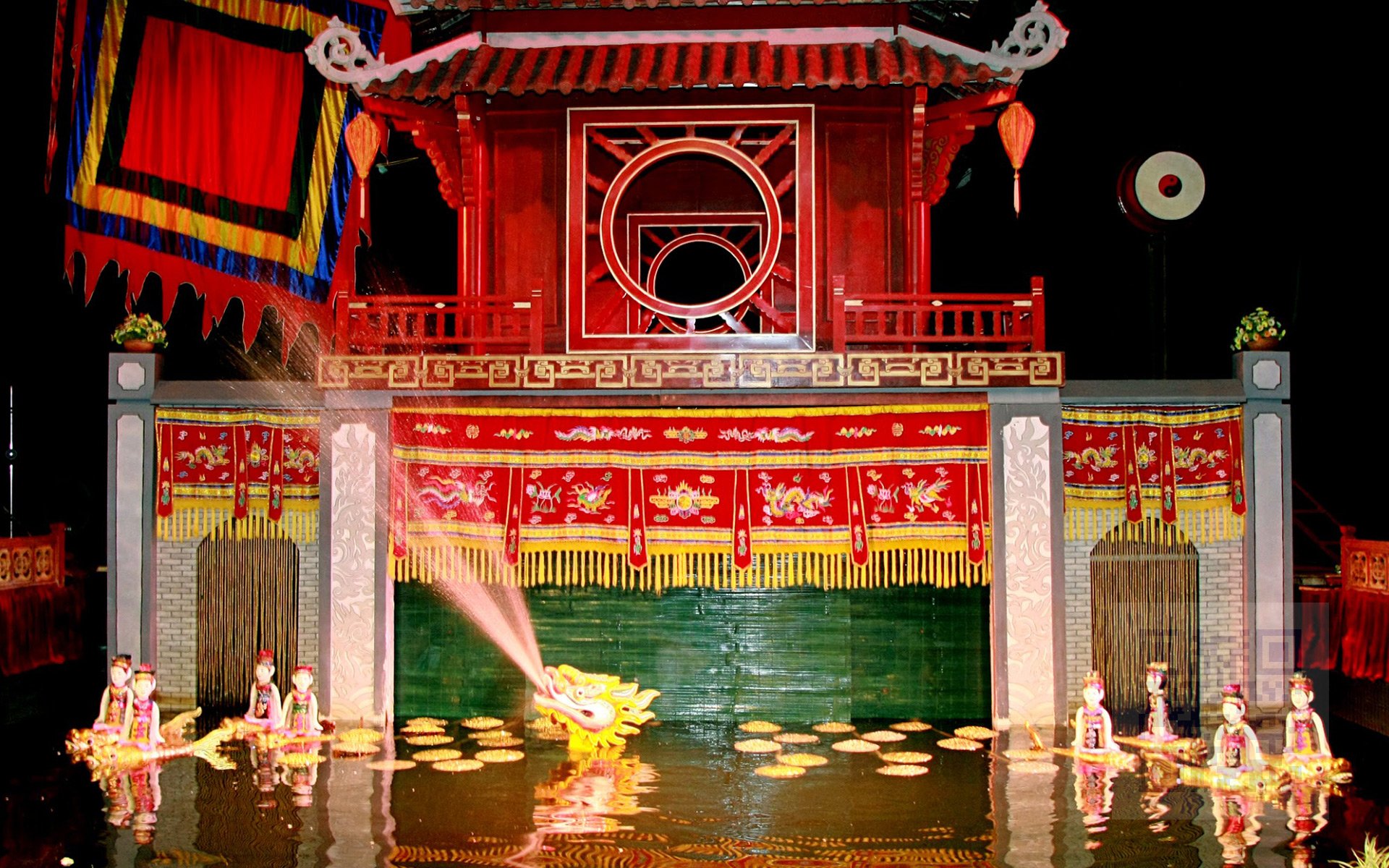 Over the years, many Vietnamese water puppet troupes have participated in a number of international puppetry festivals, which have won many high awards and have attracted the attention of audiences from many countries. With the efforts of Vietnam’s water puppetry industry, this art is being protected and developed to be worthy of its stature in the national cultural heritage. Hopefully, water puppetry will not only be the pride of the country but also the pride of Vietnam in the international arena.