Do you know where on mainland Vietnam people are welcoming the dawn sun first? And where was dubbed the hottest areas in Vietnam? Read the article below to discover the most exciting tourist destinations in Vietnam.

1. The place to catch the first sunrise 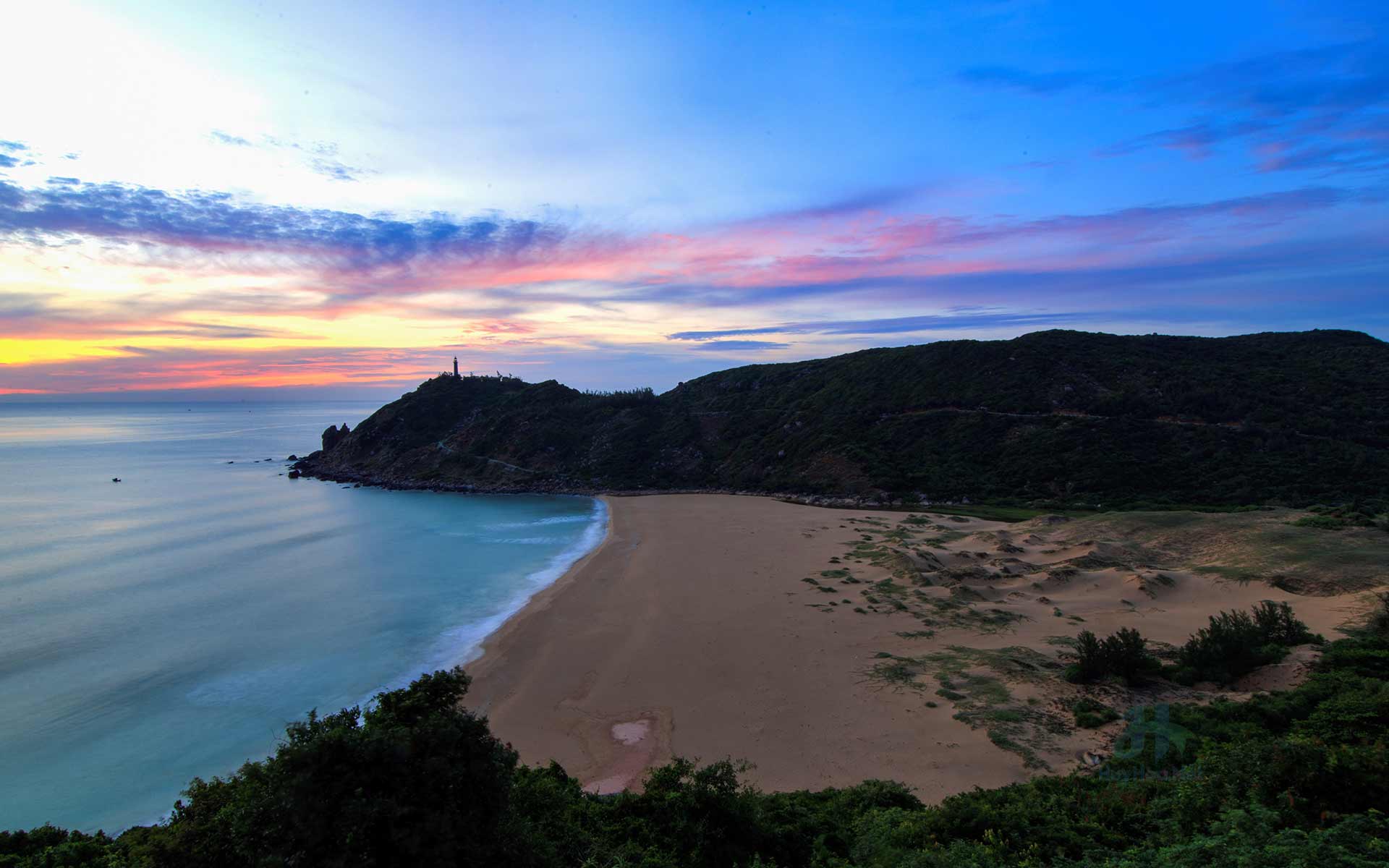 At sunrise, visitors can feel the rays of the day from any location on this land, but the most popular location is on top of Mui Dien Lighthouse. From on high, visitors can watch the sun slowly dawn on the sea, and the reflection on the water when the sun was up. Larger eye toward the mainland, visitors can see the blur Mon beach (Bai Mon) in the morning dew. 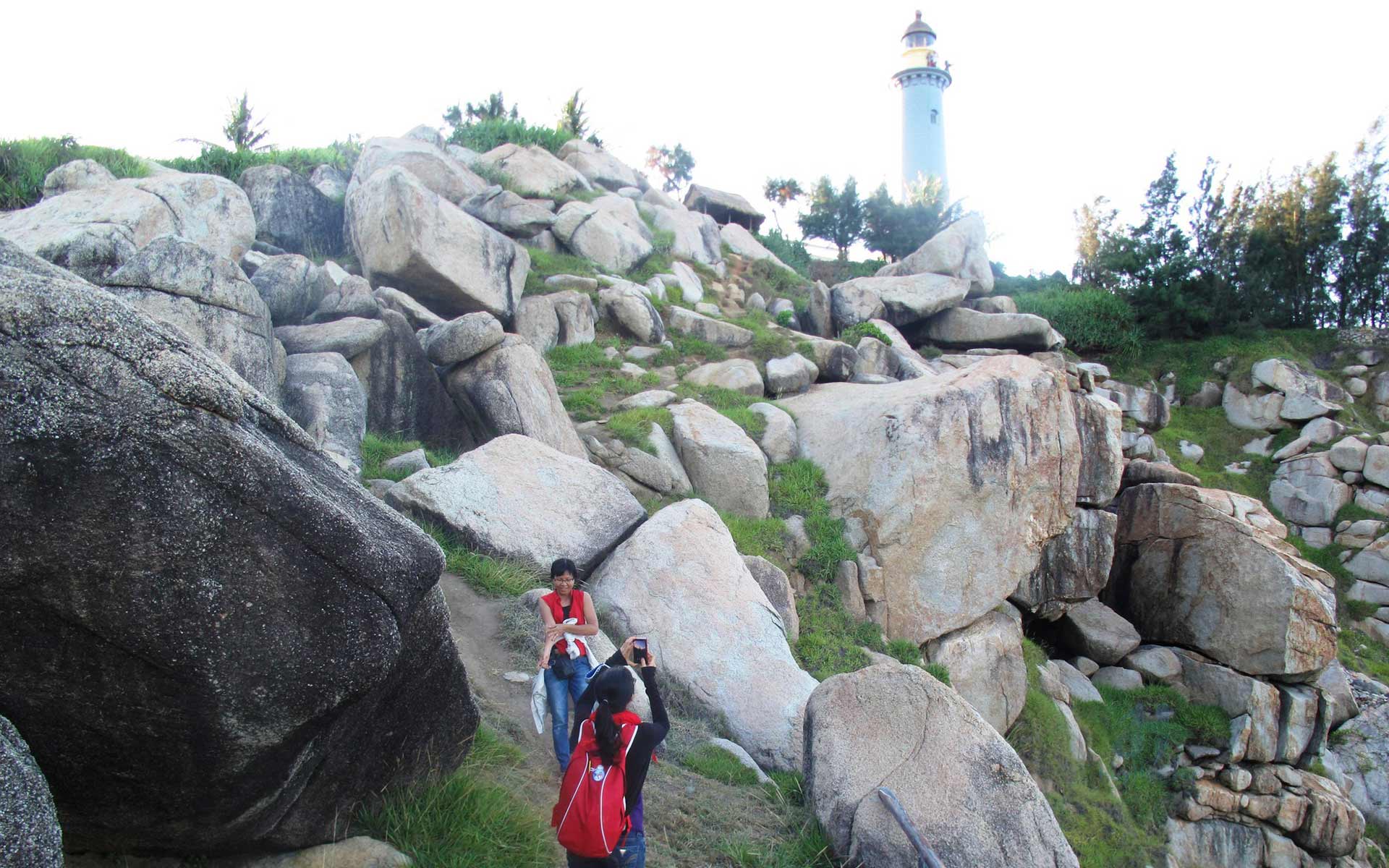 2. Land of the hottest

The forest is located in Phu Mat 60km and the Lam river crossings, but after 9 am, the temperature of the Cua Rao (Xa Luong commune, Tuong Duong district, Nghe An province) is always at 37C degrees or more.

In the Northern of Vietnam dark cold days, this place is “roasted” people with dazzling sunlight. Summer is the time people here fear most, because all things are even just be soaked soon turned brittle. The wind from the fan and heat. Ban is a hot day, but night came, most people have to roll yourself in a blanket, or a jumper to combat cold.

3. Hard sand hills “instead of clothes”

Affected by two mechanisms simultaneously northeast monsoon and southwest to sand dunes of Mui Ne (5 ward, Mui Ne, Phan Thiet, Binh Thuan province) constantly changes the face after a night by winds great. For that reason, this sand hill was ranked about changing the natural shape.

In addition to amaze with the “new shirt”, this place also gives visitors adventurous moments in the game unique sliding sand. To avoid the sun, the appropriate time to explore the sand dunes between 5-6am every day.

Work starts on May 11/2002 and completed on 12/12/2006, approximately 7km Thi Nai bridge, connecting the city of Qui Nhon with Phuong Mai Peninsula (Nhon Hoi economic zone) is the longest cross-sea bridge in Vietnam.

Dinh Vu – Cat Hai cross-sea bridge (also known as Tan Vu – Lach Huyen I) is the longest sea crossing bridge in Vietnam and one of the longest sea crossovers in Southeast Asia. The bridge is 29.5m wide with 4 lanes (2 lanes for motor vehicles and 2 lanes for rudimentary lanes). Dinh Vu – Cat Hai Bridge is designed to run at a speed of 80 km / h. The bridge is 5.44 km long, belonging to Tan Vu – Lach Huyen Motorway project with a total length of 15.63 km. This bridge was ordered to start construction by Prime Minister Nguyen Tan Dung on February 15, 2014 and inaugurated on September 2, 2017. The connecting point from Hanoi – Hai Phong expressway (at Tan Vu node) in Trang Cat ward, Hai An district; the end point is Lach Huyen Port (international gateway port of Hai Phong) in Cat Hai district.

Made in 2002 with a length of 85m, 6m wide, with grass roofs, walls with woven bamboo panels together, the Dai house in Giang Khanh, Krong Na commune, Buon Don district, Dak Lak province is considered a Dai house with the most length. 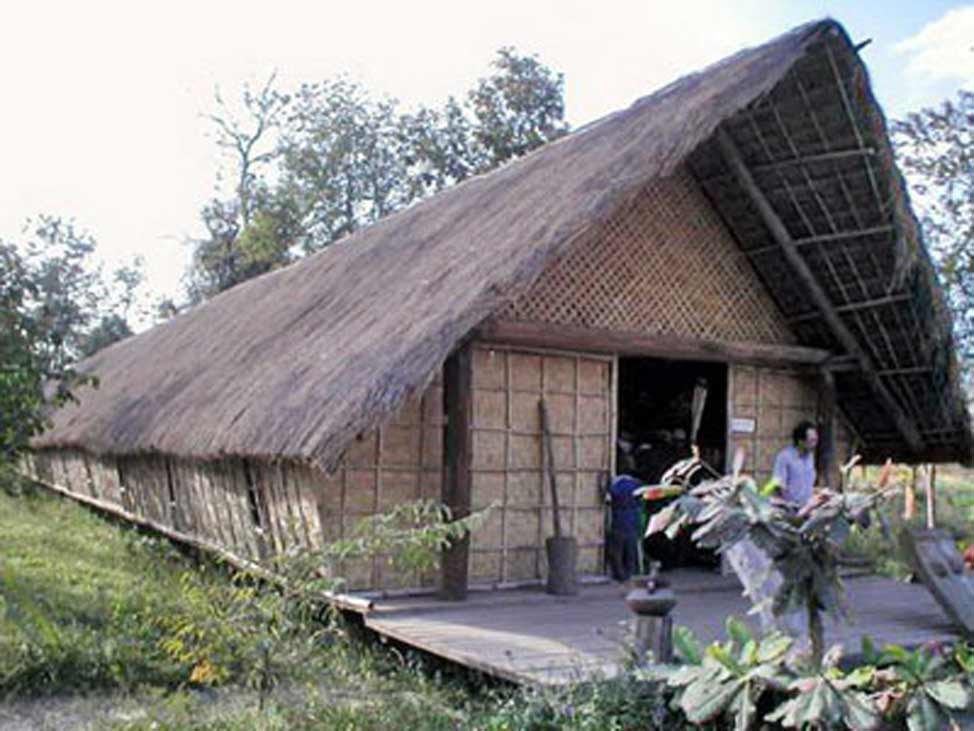 Furniture inside the house with bold sesame Highlands with the rafters, the cars baskets, kitchen fire … In addition to buying tickets to visit, explore the peculiarities of the house for VND 15,000 / person, visitors can experience this sensation overnight with VND 150.000. In keeping with the typical house is not divided into small rooms, so that forms overnight dormitories (after signing up, you’ll get a small mattress pads, pillow blanket and mattress cover and then look for reclining seat back).

6. The church has the largest ring

Largest bell in the church in Vietnam

Here, the tone is kept to a weight of nearly 29 tons (including counterweight system) with 6 bells in turn called sol, la, si, capital, re, mi foundry in France. Weighing the above, this is considered the largest bell in the church in Vietnam.

Statue of Christ is built on top of Tao Phung, of Nui Nho mountain (Vung Tau) is the largest statue in Vietnam. Statue high 32m , arm length 18.4m, placed on concrete blocks around 4m high carved Last Supper of Jesus and 12 disciples. Though built of reinforced concrete, but the statue posture, facial expressions, costumes … are very soft and alive.

Inside the spiral staircase of 133 steps leads visitors up the arm. The two sides as the Divine is designed as two balconies enough for many people stood watching the beach, mountains and the cool wind of Vung Tau.